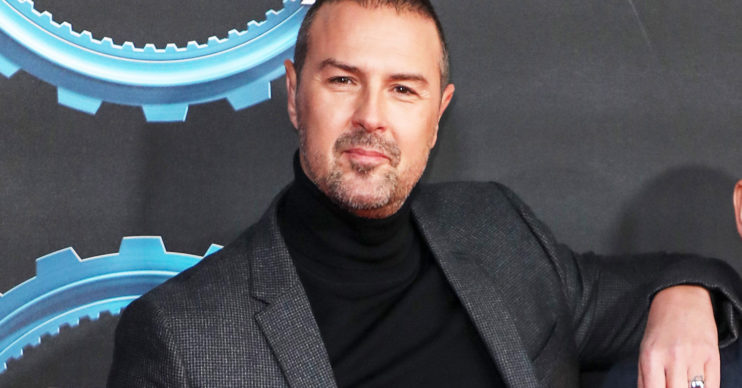 Paddy McGuinness lost half a stone in less than a week

Comedian Paddy McGuinness has lost an impressive amount of weight in less than a week.

The dad-of-three and husband to Christine McGuinness, 46, had previously admitting to having ‘piled on’ weight.

He complained of having packed on the pounds during lockdown.

But just under a week of cycling and eating healthier appears to have very much paid off.

The funnyman has lost half a stone in just five days.

Taking to social media he shared the good news. However, he also quipped that he intended on celebrating with cake.

Sharing an image of his scale today and one week prior he wrote: “5 days later, 7lbs lighter. Couple of short bike rides and no cake, happy with that.

“Only one way to celebrate, cake!!! #weekend #Saturday #pantsfitagain #staysafe.”

One user engaged in a little friendly banter with the Phoenix Nights star.

The fan jokingly asked: “Did you find a sympathetic tile in the bathroom?”

To which Paddy teased back: “I was holding onto the top of the shower.”

Despite the jibe, many other fans congratulated him on his very fast weight loss results.

One user praised: “Great work. Keep it up Paddy lad.”

A second user posted: “Wow if only I could lose weight that quick. Well done.”

Just the week prior Paddy had shared his disappointment at tipping the scales at over 15 stone.

He wrote along with a snap of his scales: “Oh dear! It’s been a long old lockdown. #lockdown #eatenallthefood #lockdownlunches #pillediton #pregnantman #forgotwhatmytoeslooklike #staysafe #washyourhands.”

The couple have been home schooling their three children, who each have autism, since the lockdown began.

She told The Mirror that the change of routine had affected her kids. And also how difficult it was not having access to their speech therapy sessions.

Christine said: “It’s been a really testing time, probably the most testing time we have ever been through as a family.

“It’s quite common with autism for them to show regression when things change and they are going through a lot of change at the minute.

“Their speech has suffered, it’s not as good as it was. The eye contact, trying to get their engagement in any kind of activity has been more difficult.”

What do you think of Paddy’s fast weight loss? Share your thoughts with us on Facebook @EntertainmentDailyFix.