The Take Me Out host, 44, marked International Women’s Day on Thursday with a special shout-out to Christine, with whom he shares three children.

Paddy wrote: “To all the ladies out there and my amazing, strong, supportive wife! A fantastic mother to our three wonderful children, we’re all blessed for having you in our lives. Thank you for everything.”

He tagged Christine into his tweet and added a queen emoji.

It marks Paddy’s first tweet since February 14 and fans were thrilled to have the television star back on social media.

Meanwhile, over on Christine’s social media accounts, she also marked International Women’s Day with a heartfelt message of her own.

“Thank you for supporting me recently, you have touched my heart, built up my strength and given me my faith back in others #GiveDontTake.” 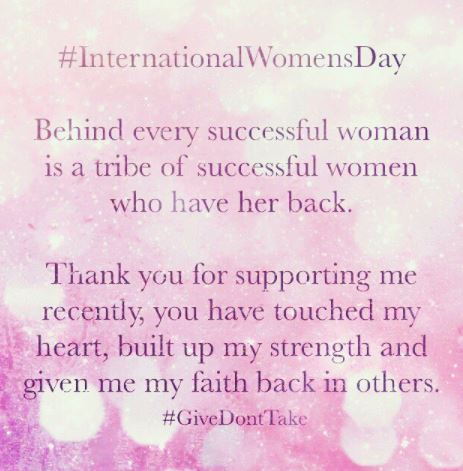 Paddy and Christine’s marriage was thrown into the spotlight in February when he was pictured on a night out with pals including Nicole Appleton.

Christine later shared a cryptic tweet reading: “When you realise you deserve so much more.. that’s not a bad thing.”

As neither Paddy nor Christine said anything, it naturally led to dozens of unconfirmed headlines about what may or may not be happening in their relationship.

But they appeared to put rumours of any trouble to bed when they were seen out about together last weekend, laughing and smiling as they went for ice cream. (Yes, in this cold weather!)

Read more: Holly Willoughby fans stunned by rare pic of her as a toddler

Meanwhile, an insider told The Sun on Sunday that Paddy and Nicole are just friends, and Christine knew nothing had happened on their night out with pals.

Paddy and Christine, who married in 2011, are parents to twins Leo and Penelope, four, and one-year-old Felicity.

Meanwhile, in other news, it’s been rumoured Christine has joined the cast of The Real Housewives of Cheshire.

She was seen recently filming scenes in Manchester with co-star Stacey Forsey.

Will you watch Christine in the Real Housewives? Leave us a comment on our Facebook page @EntertainmentDailyFix and let us know what you think!