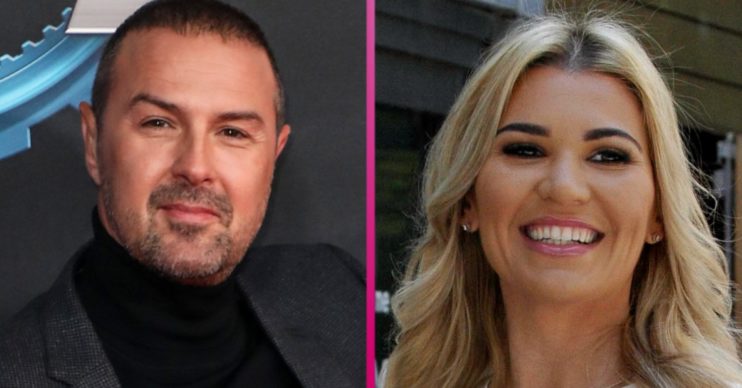 Paddy McGuinness and wife Christine celebrate a decade of marriage together

Paddy McGuinness and his wife Christine are celebrating 10 years as husband and wife.

The comedian, 47, and Real Housewives of Cheshire star 33, took to social media to share their celebrations.

The couple managed to sneak some romantic time away from their three children.

They enjoyed a romantic meal, balloon tribute and some proper quality time together.

Over on his Instagram, Paddy explained: “It’s our 10th Wedding Anniversary!

“We managed to get out for a nice meal today and it was a couple of hours bliss. Downed a few mocktails and straight home to the kids. Well at least we can still laugh together.

Whereas Christine posted on her account: “Happy 10th Anniversary love. If we have laughter, we have everything!
⠀
“#Mr&Mrs #10YearsMarried.”

Their celebrity pals rushed to wish them well on their special day.

Keith Lemon and Mark Wright congratulated them on their achievement, while Robbie Keane posted a series of heart emojis.

Over on their Instagram stories they showed further snippets from their celebrations.

The pair shared a selfie enjoying their mocktail session at an outdoors venue.

Paddy and Christine married in 2011.

Paddy’s of course a famous comedian, actor and presenter – while Christine is a former beauty queen and model.

He’s said in the past he’s amazed they’re still married as, although they’re madly in love, it is incredibly difficult raising three children on the autism spectrum.

Speaking to John Bishop in a television interview in 2018, he spoke of the various challenges they face.

“Some days it’s a wonder how we’re still together, me and Christine, because you can’t sort of do the normal things that you would as a couple.

“I can count on one hand the amount of times we’ve been on a night out together, because you can’t just have a babysitter. You can’t just say ‘I’ll drop ’em off at me relatives to look after’ ’cos it’s not like that.”

How did you celebrate your 10th wedding anniversary? Let us know on our Facebook page @EntertainmentDailyFix.