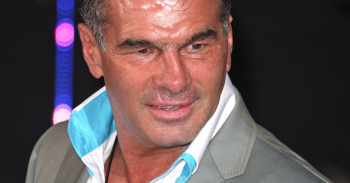 Paddy Doherty has revealed he is fighting prostate cancer.

The Celebrity Big Brother winner has been suffering with the condition for the last seven months and he admits it is the worst pain he has ever felt.

Bare-knuckle boxer Paddy, 60, also told The Sun he has considered taking his own life on two occasions because of the agony.

He said: “I’ve been to hell and back with this and it’s worse than getting a horrendous beating.”

Traveller Paddy – who first found TV fame in Channel 4’s Big Fat Gypsy Weddings – insisted he couldn’t bring himself to end his life for his family’s sake – and so drank himself “into oblivion” instead.

But now he has decided to speak out about his illness – on his wife Roseanne’s recommendation – to encourage other men to visit their GP if they suspect they may also have the condition.

Paddy also told the tabloid he began dreading going to the toilet because of the discomfort he experienced while trying to urinate – which he compared to being worse than if he had been slashed with a knife.

“I had to force it out and the pain became excruciating,” he noted, adding it wasn’t long before he was passing lots of blood, too.

Read more: Viewers criticise ‘easy’ questions on The Chase for The Beast

Having consulted a doctor, Paddy received the devastating diagnosis – but was relieved to be told medics had discovered his cancer in enough time.

Ahead of two crucial operations at the Manchester Royal Infirmary this week, Paddy admits he is scared about undergoing surgery.

But the TV personality is determined to beat his illness in ‘the biggest battle of his life’.

Paddy added: “You have to put your trust in these surgeons and I just hope other fellas won’t wait as long as I did before seeking help.”