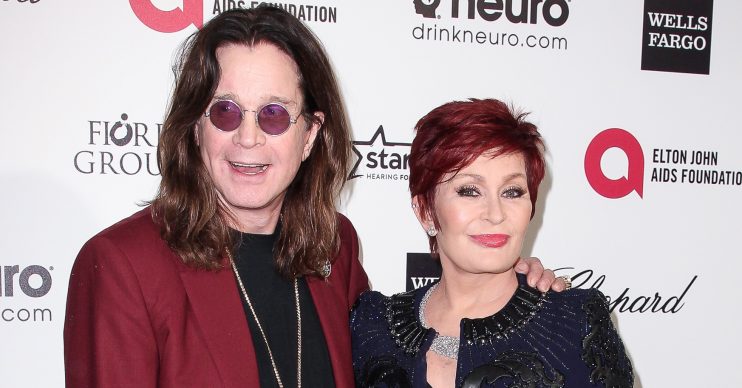 He revealed his diagnosis last month

Ozzy Osbourne spent quality time with his family to celebrate his granddaughter’s birthday after revealing his Parkinson’s diagnosis.

Last month, the heavy metal singer announced he’s been diagnosed with Parkinson’s disease in a TV appearance with his wife Sharon.

Earlier this week, Ozzy, Sharon and the rest of their family gathered for a party to celebrate their son Jack’s daughter Minnie turning two-years-old.

The Black Sabbath singer was seen smiling as his granddaughter blew out candles in an Instagram video shared to Jack’s account.

Sharon and Ozzy’s daughter Kelly Osbourne was seen celebrating too.

Jack captioned the post: “My littlest angel turned 2! I love her more and more everyday.”

Last month, Ozzy insisted he wasn’t worried about when the end will come.

He told Kerrang! magazine: “Do I ever think about when my time’s gonna come?

Just out to dinner with my hubby 💕

“I think about it, I don’t worry about it. I won’t be here in another 15 years or whatever, not that much longer, but I don’t dwell on it.

Ozzy added: “[I spent the year] lying on the [expletive] bed feeling sorry for myself, going, ‘I’m dead, I’m finished, it’s all over’. This has been the worst [expletive] year of my life.”

I won’t be here in another 15 years or whatever, not that much longer, but I don’t dwell on it.

With his wife, Sharon, by his side he tried to explain how he found out but couldn’t finish his sentence.

“It’s not a death sentence but you have a good day and then you have a really bad day.”

Ozzy continued: “I feel better now that I have owned up to the fact that I have a case of Parkinson’s.

“It’s not a death sentence by any stretch of the imagination but it does effect the nerves in your body. It’s like you’ll have a good day, then a good day and then a really bad day.”