The Government is facing calls to take back responsibility for funding free TV licences for the over-75s amid an outcry over plans to strip the concession from millions of pensioners.

More than 230,000 people have signed a petition launched by Age UK calling for free television for the elderly to be protected, while tens of thousands more have added their names to petitions on the Labour and Parliament websites.

It comes as Tory peer Ros Altman – a former pensions minister – said the BBC should not have to "carry the can" for the £745 million cost of the licences.

Funding the free licences, which have been available to all over-75s for nearly two decades, is due to be transferred from the Government to the BBC next year as part of an agreement hammered out in 2015.

"TV is everything to me, I’d be lost without it.”

We’re so proud that over 300,000 of you have joined us in our fight to save free #TVlicences.

Please RT and lets make sure no one is left on their own without a TV. Sign our #SwitchedOff petition here: https://t.co/aDFsPxS0r5 pic.twitter.com/AUd8p5v8Z6

Read More: TV licence fees for ove-75s will be means-tested

The corporation has said free licences will be means-tested under a new scheme that intends to protect programming while dealing with the extra funding burden.

Age UK said television was the "main form of company" for more than a million of the country’s oldest people and called for the Government to continue picking up the bill.

"We believe this change will harm millions of older people who rely on their TV," the charity's petition states.

"Together, we must demand the Government takes back responsibility for funding free TV licences."

Together, we must demand the Government takes back responsibility for funding free TV licences.

On Tuesday, the Government was accused of "outsourcing austerity" by MPs in the Commons who said the Conservatives were trying to "offset" cuts to public services.

Meanwhile, Labour leader Jeremy Corbyn tweeted that pensioners had spent their lives contributing to society, so providing over-75s with free TV licences "is not too much to ask".

More than 20,000 people signed a petition on the party's website, while more than 40,000 added their names to a Parliamentary petition that warned the move "will only penalise the poorest old age pensioners".

Pensioners have spent their lives contributing to our society.

Providing over-75s with free TV licences is not too much to ask.

In a joint statement released on Monday, the BBC's chairman, Sir David Clementi, and Director General Tony Hall said continuing the Government’s scheme would have had a “severe impact” on services and that the new model "represents the fairest possible outcome".

Senior Conservatives condemned the BBC’s plan, with leadership hopeful Andrea Leadsom calling for it to be scrapped.

Ex-Commons leader Mrs Leadsom told the Press Association: "It’s a commitment in the Conservatives’ manifesto and we need to find a way to reverse that."

Fellow candidate Esther McVey said she was "ashamed" of the BBC and warned pensioners could be arrested if they failed to pay.

Sajid Javid and Matt Hancock, who are also running for the leadership, also criticised the move. 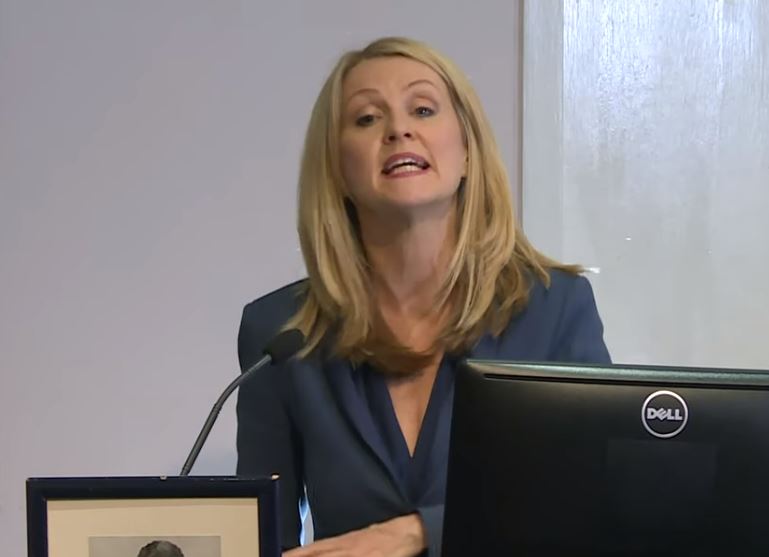 However, Baroness Altman said the decision was "both understandable and wrong".

"Pensioner benefits should never have been outsourced to the BBC. Politicians introduced these perks and they should decide whether to maintain or abolish them," the peer said in a letter to The Times.

"A public broadcaster whose budget cannot cover the £745 million cost without severely cutting public services should not have to carry the can.

"Any reductions in benefits for the elderly should be decided by ministers in the context of overall pensioner provision, rather than by the BBC, which has no welfare benefit role."

Only around 1.5 million households will be eligible for a free TV licence under the new scheme.

It is thought that around 3.7 million pensioners will lose out.

Culture Secretary Jeremy Wright told the Commons on Tuesday that it was the job of all in Parliament to make sure that the take-up of pension credit was promoted.