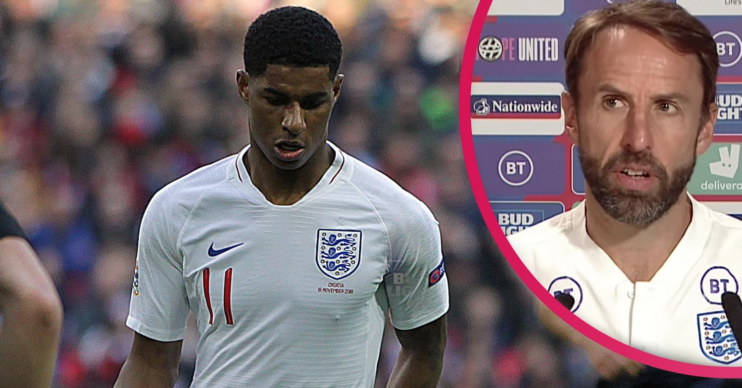 England in Euro 2020 did so well getting to the final, but some trolls racially abused three key players.

And now a petition wants them banned for life.

What did the petition about England in Euro 2020 say?

Furthermore, it was directly addressed to the FA, Boris Johnson and Secretary of State Oliver Dowden.

Three female fans who made the petition and call themselves The Three Hijabis, said: “As multi-racial football fans, we finally feel represented by this anti-racist and inclusive England team.

“We could not be more proud or inspired by our magnificent team and by their talent, bravery, leadership and love for all.

What did the petition say?

The continued: “Gareth Southgate’s England team plays for ALL of us.

“Their vision is an inclusive vision and this matters more than EVER.

“It’s why we feel proud of this team and why they’re so cherished and loved by many of us.

“There should be no room for racists and bigotry in football or society.

“We are calling for the Football Association and the government to work together now to ban all those who have carried out racist abuse, online or offline, from all football matches in England for life.

“Our England team stood up for all of us – now we must stand up for them.”

This England team deserve to be lauded as heroes, not racially abused on social media.

Those responsible for this appalling abuse should be ashamed of themselves.

How did the Prime Minister respond?

He said: “This England team deserve to be lauded as heroes, not racially abused on social media.

“Those responsible for appalling abuse should be ashamed of themselves.”

Subsequently, Gareth called the abuse “unforgivable” and said, “it’s just not what we stand for.”