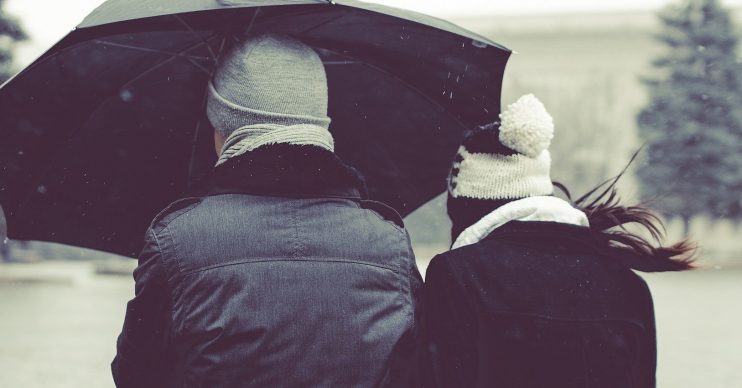 Not long until spring...

The Met Office has issued a raft of flood alerts as Storm Brendan continues to batter Britain.

Forecasters at the weather service have issued 162 flood alerts and more than a dozen flood warnings, as the UK prepares to face more rain on Thursday.

As of Wednesday (15.01.20) afternoon, the majority of warnings – which mean floods are expected and those in the affected areas should take immediate action – were across the south west and midlands.

Read more: New research shows one in five Brits under 30 has NEVER had a fry up

Areas affected included the Lower Frome from East Stoke to Wareham in Dorset, and the River Leam at Leathorpe, Hunningham and Offchurch in Warwickshire.

The Met Office‘s flood alerts, meanwhile, were in place for most of England, excluding parts of North Yorkshire and the North East.

According to the BBC, Brits can expect more miserable weather over the coming days, although it will ease off as we approach the weekend.

This evening's commute is looking dry for many of us but parts of Scotland will continue to see rain and strong winds. Meanwhile it will be breezy with showers in Wales pic.twitter.com/TaKRhysp6R

BBC Weather’s Darren Bett said of Thursday’s weather: “There is another weather system arriving as we head into Thursday.

“We’ve got [an] area of low pressure winding itself up – for many eastern areas it may well be a dry day, some sunshine increasing cloud out to the west. Cloud’s certainly going to be thickening up.”

There is another weather system arriving.

“We’ll see the rain arriving, the winds picking up through the Irish Sea and into western parts of Scotland once again, so gales on the way.”

Speaking further, Darren said the winds should be “pretty mild”.

Read more: Katie McGlynn wouldn’t say no to another soap in the future

He continued: “It’s a southerly wind or southeasterly wind, it should be pretty mild, temperatures double figures for many parts of the UK.

“That weather front will bring another dollop of rain and some strong winds, but it should sweep away overnight as we head into Friday.”

How’s the weather where you live? Leave us a comment on our Facebook page @EntertainmentDailyFix and let us know.