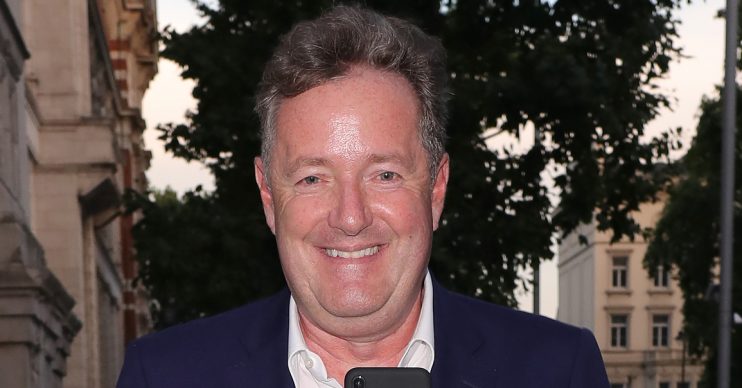 Commenting on Simon’s weight loss last year, Piers admitted that he thought “something was going on” and it wasn’t just down to his vegan diet.

Now, Piers – who is famously anti-vegan – has taken things one step further and has called Simon a liar and branded him a “skeleton”.

The pair were showbiz pals, with Piers attending Simon’s birthday parties over the years.

However, once the music mogul reads Piers’ latest comments, we expect his next invite will be lost in the post.

Read more: Piers Morgan predicts Prince Harry will be “back on the market in two years”

Opening up to OK!, Piers was asked if he was tempted to tone up and follow in Simon’s shoes.

He is a skeleton. He says he has gone vegan but I don’t believe it for a minute.

“He is f*****g disappearing. He is a skeleton. He says he has gone vegan but I don’t believe it for a minute,” Piers blasted.

“Never going to happen. I don’t want to be slimmed down. I’m not going to pretend to be something I’m not. I’m afraid what you see is what you get with me, and I’m very happy with it. I look in the mirror every day and think, f***, you look good,” he said.

Piers also commented on Susanna’s weight after she gained half a stone over Christmas.

She has said she has no desire to lose the 7lb.

“She needed to put weight on, she was getting too thin,” Piers commented.

However, while Susanna admits Piers thinks having “more meat on the bones” is a good thing, she revealed she’d never do anything about her weight to please Piers.

The TV hosts have a love/hate relationship. Earlier this week, Piers almost told his co-anchor to “shut up” live on air.

Head to our Facebook page @EntertainmentDailyFix and let us know what you think of Piers’ comments.