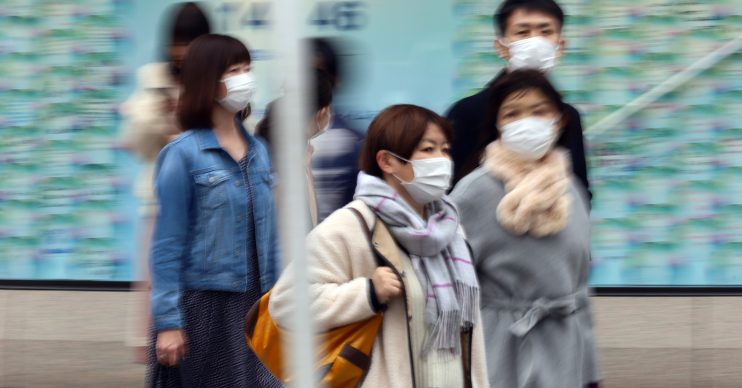 People have branded her actions "stupid"

A woman has sparked outrage for licking a toilet seat in a TikTok challenge amid the coronavirus crisis.

Influencer Ava Louise, 22, shared the video to the social media app TikTok and said she was doing the “coronavirus challenge”.

Ava, who is believed to live in America, was filmed licking the seat and then pouting for the camera.

The video was uploaded to TikTok on Saturday (March 14) and has received more than two million views.

It’s unclear if the toilet was a public one, but some people are suggesting the footage was filmed on a plane.

I can’t recall a time I’ve been more disgusted.

Amid the coronavirus crisis – which has seen more than 6,500 people die globally from the virus – watchers have slammed Ava and branded her actions “stupid”.

According to The Sun, one person said in the comments section: “Yep, next-level stupid [expletive] happening.”

Another added: “I can’t recall a time I’ve been more disgusted.”

The internet star said: “Please RT [retweet] this so people can know how to be properly sanitary on the airplane.”

As of Monday morning (March 16), 35 people have died from the virus in Britain with more than 1,370 confirmed cases, Sky News reported.

Downing Street confirmed that from today, the Prime Minister or a senior minister will brief the media to make sure the public is able to help slow the spread of the deadly flu-like bug.

At the weekend, it was reported that people over 70 may be told to self-isolate for four months in a bid to combat the virus.

The drastic measure is reportedly part of a series of actions by the Prime Minister, Health Secretary, Chief Medical Officer and Chief Scientific Adviser to prevent the NHS “falling over”.