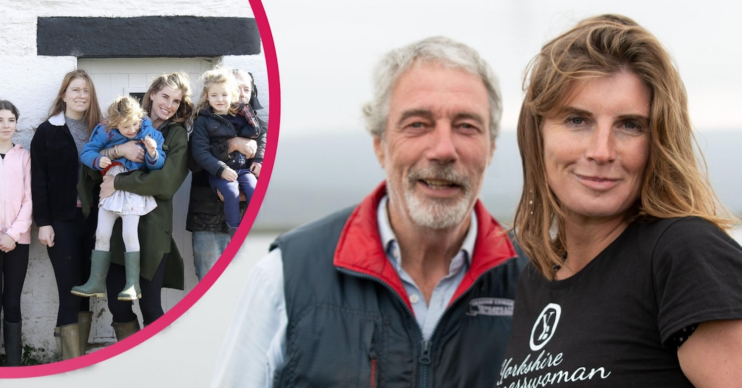 Leaving Ravenseat is a big deal for the family

Our Yorkshire Farm star Amanda Owen has teased a move away from the farm she made her name on amid rumours of marriage woes.

Amanda, 47, and her husband Clive, 67, have reportedly been growing through a rough patch in their 20-year-plus marriage.

And now they could be moving away from Ravenseat.

What is Our Yorkshire Farm star Amanda Owen reportedly doing?

The Mirror reports that the couple is now looking to move to a new farm in Upper Swaledale.

Eighty-eight-year-old billionaire Robert Miller owns Ravenseat and Amanda and Clive’s stay was only ever temporary.

Read more: Our Yorkshire Farm star Amanda Owen says ‘I don’t have a plan’ when it comes to having 10th child

However, the newspaper says the family are on the lookout to buy its own property and land.

And The Mirror also says Amanda and Clive are currently converting the property themselves.

The image showed an adorable male sheep, part of a flock that has reportedly been moved.

She captioned the image: “Behind baa’s.

“The Swaledale tups will be loosed later this week, for the moment they are resting & remain content.

Last month in October (2021) reports emerged that Amanda and Clive were going through some problems.

However, Amanda and Clive denied this and issued a statement.

Read more: Could Our Yorkshire Farm be axed after Amanda and Clive Owen admit ‘rocky patch’ in marriage?

It said: “With the TV show and the books we’ve always aimed to show the reality of life on the farm, and just like any marriage we have our stresses and strains, coupled with all the complexities of what we do on the farm and bringing up nine kids.

“We’re a normal family and we’ve never said our marriage is perfect.

“Unfortunately the constant intrusion into our lives from the media has amplified a rocky patch that we’re going through.”