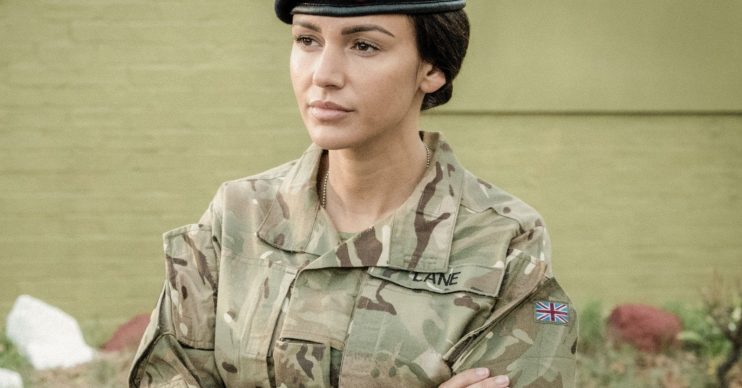 What time does Our Girl start tonight and how did the series end?

Elvis is back, in flashbacks at least!

Our Girl will be back on our screens tonight (March 24) starring Michelle Keegan as newly-promoted Sergeant Georgie Lane.

The new series is set to get off to an emotional start – but what time is Our Girl on exactly? Here’s everything you need to know…

What time does Our Girl start?

Sadly, for the first time ever, Ben Aldridge, who has played Captain James since the show started, will not be in the new season.

Based on this, it’s probably safe to assume that Captain James’ romance with Georgie didn’t work after all.

During an interview on This Morning, Michelle opened up about Georgie’s doomed love life: “I think with Georgie, she’s married to her job in a sense.

On a brighter note though, EastEnders star Danny-Boy Hatchard has joined the cast – he’ll be playing Private Rhett ‘Cheese’ Charlton in the new series.

“I’m buzzing to be joining the iconic 2 Section,” he said after landing the role. “Our Girl has always done a fantastic job representing our British troops, so I can’t wait to help tell more really cool stories.”

What happens in Our Girl series 4?

Our Girl series 4 kicks off in Manchester, where Georgie is supporting her sister as she prepares to get married.

Despite insisting to everyone around her that she’s fine, she’s clearly not and is struggling with grief after losing her soulmate Elvis (played by Luke Pasqualino) in a Taliban attack.

“Georgie is back in the UK and she’s training a new batch of medics,” explained Michelle.

“But there’s an underlying sense of grief still for Elvis. There are a few flashbacks that we see earlier on in the series. Everything seems happy but there is something bubbling under the surface for Georgie.”

As she continues to suffer with flashbacks, Georgie makes the decision to return to Afghanistan to confront her fears.

While on a mission, Georgie comes face-to-face with the militant leader who murdered Elvis – will she make it out alive? Or will she suffer the same fate as the man she was supposed to marry?

For now, all we know for sure is that Georgie will not be in Our Girl season 5 as Michelle Keegan announced she had quit the series last year.

“It was a difficult decision because I love the show,” Michelle added.

How did the last series of Our Girl end?

Our Girl ended last year on a huge cliffhanger.

The last time we saw Georgie and the rest of 2 Section, they were being hunted down by armed gunmen before coming to the edge of a cliff.

Moments before the series ended, Captain James ordered them all to jump or risk being shot – and that’s where it ended.

Bizarrely, the epic moment isn’t mentioned in the new series.