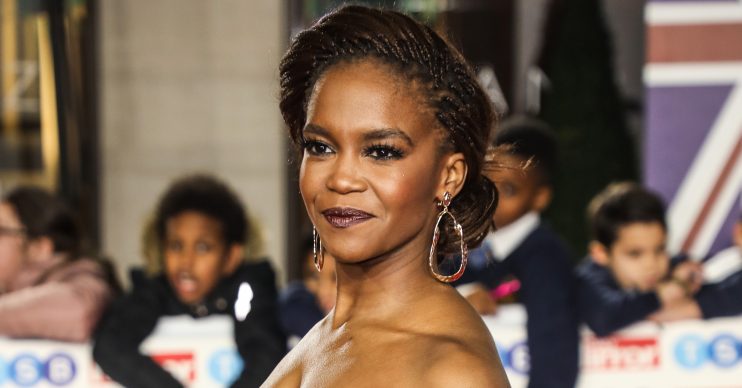 In the midst of Strictly quit rumours

Oti, 29, is apparenty set to join regular hosts Gary Lineker and Paddy McGuinness when the charity telethon returns on March 13 (2020).

The news comes after Oti was reportedly set to quit the dancing show over rumours about her private life.

The Sun reports that bosses have been impressed with the professional dancer since she first appeared on Strictly in 2015.

Since then the South African star has finished second in 2016 with partner Danny Mac, and then won the series in 2019 with partner Kelvin Flecteher.

Oti has also appeared on Celebrity Masterchef, and is currently appearing as a judge in BBC One’s The Greatest Dancer.

Now she’s set for a step up.

A source told the newspaper: “Oti is in high demand with telly bosses who think she deserves to be centre stage on more prime-time shows.

Oti is in high demand with telly bosses who think she deserves to be centre stage on more prime-time shows.

“She has always stood out from the other Strictly professionals with her bubbly personality and talent. Now they’ve seen an opportunity for her to shine on her own.

“Sports Relief is a big step up as she swaps her dancing shoes for on-screen presenting – but producers know she’s got what it takes to be a huge star and they’re lining up to work with her.”

Team floti ONE LAST TIME…. this is it ❤️ thank you guys for being sooooooo lovely and supportive and having our backs and enjoying every single dance, our weekends were joyful and filled with laughed because you allowed us to dance every week by voting SO THIS ONE IS FOR YOU ❤️

Ent Daily has contacted reps for Oti for comment.

The news comes after Oti and Strictly partner have been embroiled in rumours that they had become an item.

Oti and Kelvin are both married, but have been pictured enjoying late-night drinks during the recent Strictly tour together, fuelling the speculation.

Oti is reportedly desperately trying to arrange a meeting with Kelvin Fletcher’s wife, Eliza Marsland, and is eager to “reassure” Liz as well as her own husband, Marius Iepure, that she is nothing more than good pals with the actor.

A source told The Sun: “Oti is a girls’ girl and wants to explain what really happened face-to-face with Liz and personally reassure her.

It was reported that Oti was so devastated by the reports, Strictly bosses were concerned that she would quit the show.

Another source told The Sun: “Oti is a massive asset for the show. But at the moment she is very unhappy and upset at all the reports and has been left saying, ‘do I really need all this BS?’