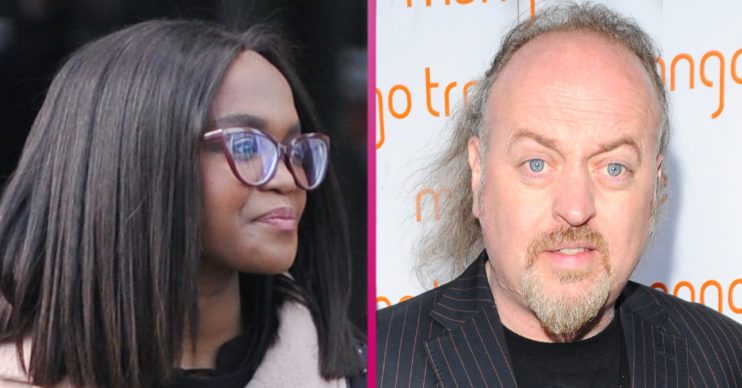 This Strictly couple get on so well!

Oti Mabuse has nothing but kind words to say about her Strictly celebrity partner Bill Bailey.

The Strictly Come Dancing pro, 30, lavished praise on the comedian, 55.

Taking to social media, she called him the ‘perfect gentleman.’

Addressing her some 517,000 Instagram followers, she said: “The perfect gentleman @billbaileyofficial.”

In the snap, Bill is chivalrously holding his umbrella up for Oti.

And Dame Kelly Holmes even chimed in with: “So much love for you two.”

Meanwhile dozens of fans commented on how much they hope Oti and Bill will win Strictly 2020.

One user wrote: “Bill and Oti to win!” while another user gushed: “We really want you both to win- you’ve worked so hard!”

And a third user praised: “Yes Bill. Good luck for Saturday, guys, we are all behind you.”

Whereas a fourth user commented: “My fave to win!”

Indeed, Oti and Bill have proved to be immensely popular on Strictly. And the comedian has repeatedly wowed audiences for his apparent natural knack for dancing.

And Bill and Strictly rival HRVY are currently both the current bookies’ favourites.

According to Ladbrokes, it could go either way at the Strictly finals this Saturday.

Alex Apati of Ladbrokes said: “It looks as though we’ve finally got a competition on our hands once again. While Bill has headed the betting for some time HRVY has closed the gap considerably this weekend in the race for this year’s Glitterball Trophy.”

But Bill has said whether he wins or not, he’s had an ‘extraordinary’ time on Strictly this year.

Speaking to The Guardian, he said: “People would assume I wouldn’t be able to even keep up with the training, but I’ve surprised myself. I do a routine, watch it back and think: what happened there? I can’t quite believe I’m able to do it.”

And while speaking to The Mirror, he reiterated his sentiments – even adding that he feared he’d be the ‘joke act’ of the series.

Bill said: “I had the full range of outcomes I’d prepared for, from being the joke act that goes out first, to actually even worse, just falling over in the middle of the routine, lurching, knocking one of the judges off their chair, setting fire to the studio, kicking a camera over, seeing the set burst into flames.”