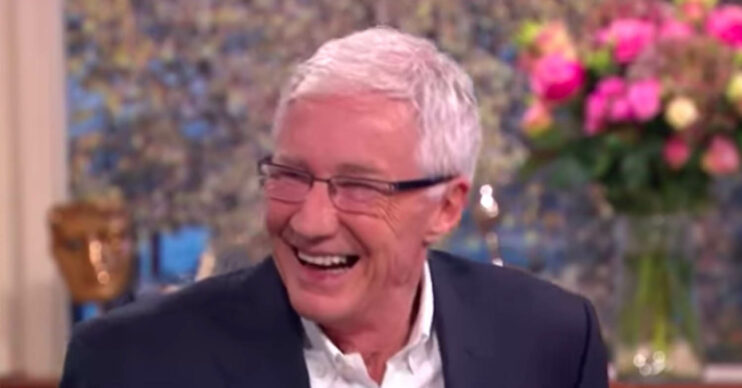 We all know the TV legend and national treasure deserves it!

Before Christmas, we wrote an article setting out exactly why Paul O’Grady should be given a knighthood in the Queen’s New Year’s Honours.

And… as the list was released for 2022 yesterday, Sir Paul was definitely not happening.

Paul is so worthy of being knighted,” wrote one fan on Facebook.

Another remarked: “Paul O’Gragy should have got honoured as well, he’s worked damed hard, and done so much for his charities

he should have been top of the list. A true gentleman with a heart of gold.”

A third said: “Someone should start a partition for us all to sign , it’s just so unfair Paul gets sidetracked every year.”

Read more: Paul O’Grady thrills fans as he announces For the Love of Dogs return

Does Paul O’Grady have any honours?

Paul already has an MBE (Member of the Order of the British Empire) which was handed to him in 2008.

But it’s time he was made Sir Paul, thanks to his sterling work with animals and charities, along with his contribution to British entertainment.

Just take a look at everything he’s achieved.

He’s a staunch supporter of Save The Children and is one of their longest-standing ambassadors. He’s visited projects run by the charity in countries such as South Africa.

The TV presenter and chat show host has been an ambassador for Battersea Dogs and Cats since 2012 and fronted a campaign with fellow animal-lover Amanda Holden, to feed a million rescue dogs.

He’s lent his support to dementia charity, Dementia Friends TV, taking part in a televised campaign to fight the condition which causes Alzheimers. Paul was good friends with Dame Barbara Windsor who lost her life to Alzheimers in December 2020.

The RSPCA awarded him with their Outstanding Contribution to Animal Welfare award in their 2016 Animal Hero Awards.

Read more: Paul O’Grady fans continue campaign for the star to be knighted

With all that going on, it’s a surprise that he’s made time for his entertainment career at all. But Paul is one of the most famous faces on British TV today.

Paul O’Grady – special gravy and time for a knighthood

Since bursting onto our screens in the 90s as alter-ego Lily Savage, he’s won a huge clutch of TV awards. These include a BAFTA for The Paul O’Grady show and an NTA for Paul O’Grady: For the Love of Dogs.

It’s his work with animals that has really captured the heart of the nation with For The Love of Dogs as he helped re-homed pups alongside educating the public about how to take care of their pets.

There aren’t many living TV personalities who can claim such honours so it’s about time Paul was given a title to put him in the same league as legends Sir Bruce Forsyth, Sir Terry Wogan and Sir David Attenborough.

We’re far from the only people who think Paul should be knighted. Fans of the much-loved star have been saying it all year.

So, if you’re reading this Liz, stick Paul on your special nice list next year, PLEASE.

If you want to pledge your support to Paul O’grady being given a knighthood there are various petitions online including this.

Do you think Paul O’Grady should have received a knighthood? Head to our Facebook page @EntertainmentDailyFix and let us know what you think of our story.

For The Love Of Dogs Paul O'Grady The Queen