As fans know, Holly Willoughby chooses to keep her three children far away from the glare of the spotlight.

The TV presenter, 37, rarely ever shares images of her three little ones to social media and if she does, the pictures never show their faces.

But, on Thursday's This Morning, Holly said there's a "social pressure" among people to show others "what a great parent you are." 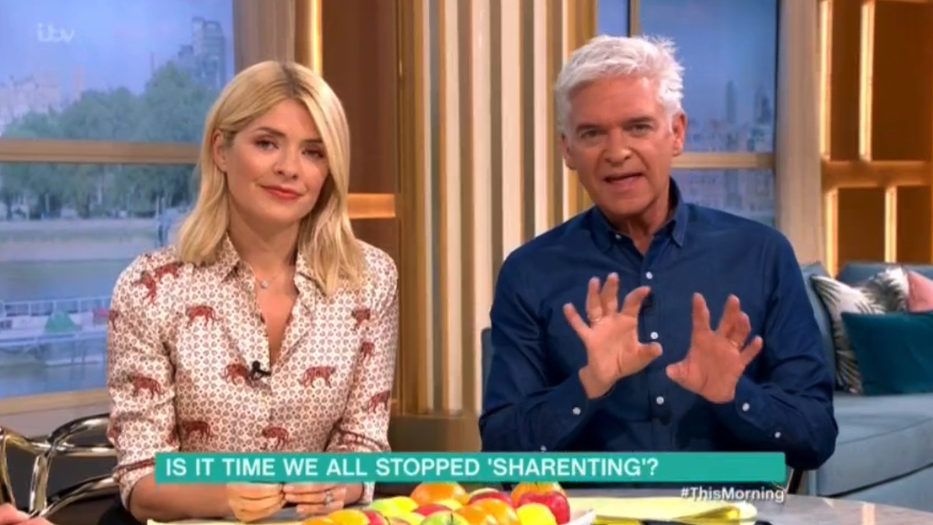 Holly said there's a pressure to show you're a great parent on social media (Credit: Instagram)

Phillip Schofield and Holly were joined by Vanessa Feltz and mum-of-four Liz Fraser to discuss how much people should share about their children on social media.

Holly, who is a mum to her three children Harry, nine, Belle, seven, and Chester, three, said: "If you don't post pictures of your children, the assumption is, you don't spend time with your kids."

She added: "There is a social pressure to show what a great parent you are otherwise, somebody is going to judge you for sharing too much or not sharing enough."

Holly shares her three children with her husband Daniel Baldwin.

The star has previously opened up about why she chooses to keep her kids off social media.

The presenter is mum to her three children (Credit: Instagram)

Last year, Holly admitted she was worried about how social media will affect her children in the future as she dubbed it a “huge problem”.

There is a social pressure to show what a great parent you are.

Explaining that when she was a kid herself there was plenty of time for her to gather her thoughts by herself, she told the Evening Standard: “Now it’s just not like that and we’ve seen how serious it gets: children taking their own lives.

“It is a huge problem and I listen with absolute open ears on the show at the moment because I’m not quite there yet but I know I will come across these things and I want be equipped myself to deal with it.”

Even though she has her concerns, Holly said she doesn't plan to ban her offspring from using social media when they're older, as that can cause issues in itself.

Holly often keeps her children away from the spotlight (Credit: Instagram)

She continued: "If you’re the one who’s not allowed because your mum doesn’t let you, you become that figure of difference and that’s when the problems start."

Do you share photos of your children on social media? Leave us a comment on our Facebook page @EntertainmentDailyFix and let us know what you think!