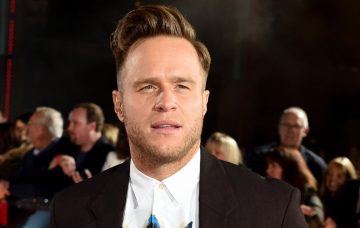 Olly Murs makes statement after getting caught up in Sony stabbing

He has a habit of being in the wrong place at the wrong time...

The shocking stabbing at Sony’s headquarters on Friday morning dominated the headlines – and now singer Olly Murs has revealed how he was caught up in the drama.

Armed police showed up at the record label’s office in London’s Kensington, when two men were reportedly seen waving knives around the canteen area.

The 34-year-old confirmed he was in the building during what was initially feared to be a terrorist attack, with his rep telling Metro.co.uk: “Olly Murs was at Sony at the time of the incident yesterday at their offices on Derry Street.

“He would like to extend his gratitude to the emergency services who evacuated him, his team and the Sony staff quickly and safely.”

Metropolitan Police later revealed that a man in his 20s, believed to be a kitchen employee, had been arrested.

Sony released their own statement that read: “Sony Music confirmed there was an incident at Derry Street resulting in the building being evacuated.

“Two members of the catering team were involved in a violent altercation.

“The incident is now in the hands of the Metropolitan Police.”

Eye witness tells me the two kitchen staff were fighting and one stabbed the other with a large kitchen knife. Blood everywhere. Whole building evacuated and on lockdown. #sonystabbing

It was almost exactly a year after The Voice coach was caught up in another alarming incident in central London, when Olly thought someone was shooting a gun in Selfridges.

He tweeted: “Everyone get out of Selfridges now gun shots!! I’m inside.

“Really not sure what’s happened. I’m in the back office…but people running and screaming towards exits! Evacuating store now!!!”

The scare was yet again caused by an alleged fight between two men.

He posted a series of fun InstaStories from the event, where he partied with comedian Alan Carr and Spice Girl Mel C.

After finally getting to bed, he obviously had trouble dropping off, sharing another video where he admitted: “When you realise it’s two o clock in the morning and you can’t sleep – and you’ve got to be up in four hours.”

Olly has a new interview out in The Sun’s Fabulous magazine on Sunday.

He seemed excited at the prospect, posting a sneaky pic for his 2.3 million followers.

They were thrilled, writing: “These photos are fabulous 🔥🚒😘🚿”.

What do you think about Olly’s dramatic reveal? Leave us a comment on our Facebook page @EntertainmentDailyFix and let us know what you think.