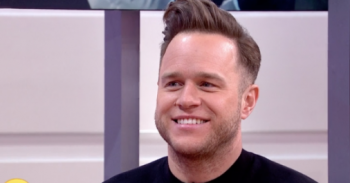 Troublemaker singer reckons they had a "good chat"

Olly Murs’ heart may have skipped a beat after he slid into Elizabeth Hurley’s DMs – because it seems he got a response back from the glam star.

The Voice coach, 34, has revealed he ended up having a bit of back and forth with Estée Lauder model Liz following his bold approach.

Sadly for Olly, however, his plans did not come off, even though he initiated contact with the 53-year-old actress.

Speaking to Heat magazine, Olly divulged what he was after when he dropped Liz a line.

Apparently he was keen to hook up over a concept he had for a future shoot.

Keeping his idea under wraps, the former X factor singer continued: “We had this really cool idea – I’m not going to say what it was in case it happens – but we really wanted Liz Hurley.

“That was quite cool. We had a good chat, but unfortunately, we weren’t able to make it work.”

Olly offered no further details on why the opportunity didn’t come off – but it seems his dedicated fans still adore him.

Last month he had his Instagram follower in hysterics as he stripped down to a pair of tiny red shorts and danced in the snow.

He also recently claimed Simon Cowell has been trying to lure him back to rival talent show The X Factor – but Olly reckons he has more chemistry with The Voice’s judges.

According to reports, Olly was offered £3 million to return as a judge for last year’s series. It is thought the position he turned down was eventually filled by Robbie Williams.