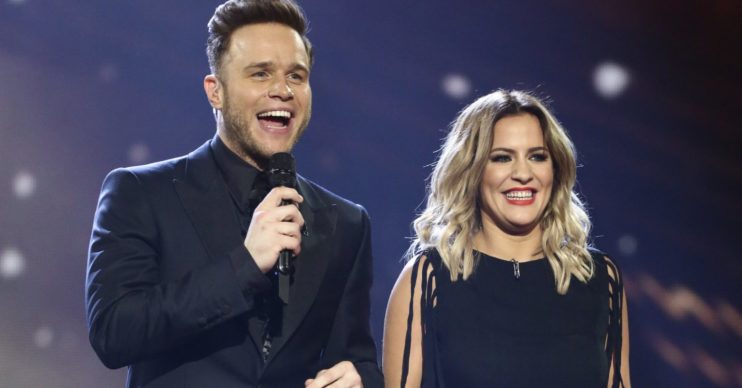 The pair formed a close bond on the X Factor

Singer Olly Murs has touched the hearts of fans with a sweet tribute to Caroline Flack – five months after her tragic death.

And it appears his former co-host is never too far from his thoughts as he took to Instagram to share an emotional tribute to Caroline yesterday (July 15).

Alongside a video of the pair having fun on a photoshoot, Olly wrote: “Been watching old videos of us all day today caz! 😥💔

“5 months have past already and there is not a day that goes by I don’t think about ya! I found this old photoshoot we did, it was the funniest and the best one!

Your laugh was the best

“I’ll Never forget it! Even found a video too😭 your laugh was the best, just wish I could call ya and hear it again! 😥💔.”

Olly’s post was met to a string of supportive comments from his celebrity friends.

Lifestyle coach and author Jason Vale shared: “It’s just too sad for words. 💙💙💙💙💙 I cant believe she’s gone either, hard to make any sense of it :((.”

Olly’s fans were just as touched, with one saying: “Sending you all the love & hugs in the world ❤️.”

Another wrote: “This is so sad. Miss you Caroline💔.”

Caroline took her own life on February 15, aged 40, while awaiting trial for charges of assault against her boyfriend Lewis Burton following an alleged incident in December 2019.

Her death sparked an outpouring of grief from the fellow stars who worked with her.

The day he found out about her death Olly wrote on Twitter: “My heart is forever broken. I’ve lost something today that I’ll never get back… and that’s you.”

Olly and Caroline first hosted spin-off show The Xtra Factor together from 2011 to 2012.

The Dance with Me Tonight hitmaker was holidaying with his girlfriend when he got a call from his manager to say his friend had died.

He previously shared with The Sun: “Even answering this question doesn’t seem right, to be honest. I’m still in shock, really.

“To think I won’t have a conversation, a laugh, work, or even just get a random voice note from Cazza again – I just can’t get my head around it. I heard the news when I was away on holiday.

“My phone went at 2.23am and I’ll never forget it. My manager told me and I just stared at my phone for hours, I didn’t know what to do. I just didn’t want to believe it. I was numb to any feelings and then I just broke down.

“Since then I just have constant waves of emotions – one minute I’m OK, the next I’m so sad for her. It’s hard, I’ll always miss Caz a lot.”

Caroline was accused of hitting her boyfriend Lewis Burton, 27, over the head with a lamp at her London home – charges which the pair both denied.

She took her own life on February 15, hours after learning lawyers were going ahead with assault charges. Her management team condemned the CPS for pushing ahead with a ‘show trial’.

The CPS issued a statement offering its “deepest sympathies” to Caroline’s family.

They later closed Caroline’s assault case at the end of February.