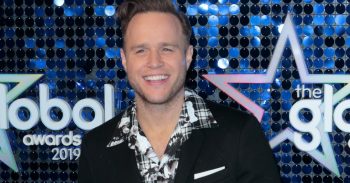 They've been on a 'liking' spree

They have apparently been doing a bit of online flirting following Zara’s break-up with Love Island boyfriend Adam Collard.

They have both been ‘liking’ each other’s snaps on Instagram, according to OK! online.

One pic 34-year-old Olly liked showed Zara, 21, posing in a green bandeau top with her finger in her mouth.

Another snap that got the seal of approval from Olly was of Zara showing off her toned abs in a black crop top.

And Zara seemed to be keen to show her affections in return, as she hit the like button on a video of Olly hanging out with his Voice co-judge, Tom Jones, this week.

The pair have quite a bit in common. As well as now moving in the same showbiz circles, they both hail from Essex.

Maybe Olly could whisk Zara off on a trip away, as she recently revealed she would like a holiday after her split from Adam.

some sunshine would be nice 🌞

Zara separated from Adam in February, six-months after they began dating on Love Island.

She said in a statement: “I am heartbroken to announce that Adam and I have parted ways. I love him very much and will always have a special place in my heart for him & out time spent together.”

Meanwhile, Olly has been single since his split from long-term girlfriend Francesca Thomas in 2015.

Read more:  The Bachelor hailed the most explosive show on TV

The X Factor star recently made it known that he was keen to get back into dating.

When his pal Mark Wright revealed the line-up of women that would be starring in the Bachelor UK last month, Olly cheekily commented with this string of emojis:”🧐🧐🧐🧐😝🔥.”