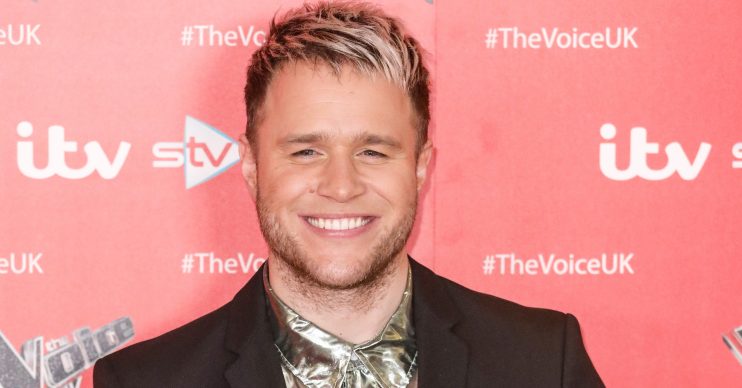 He said he realised his "weight was doing him no favours"

The Voice coach shared two photos to Instagram on Tuesday showing his body at the start of the year and him now.

Olly said that his “ambition to be a butler in the buff is coming true” and he wanted to make changes to his lifestyle after realising his “weight was doing him no favours”.

The first picture shows Olly posing topless on January 2 and the second image shows the singer smiling as he unveiled his toned body.

Olly captioned the post: “Ain’t bad for 35-year-old! My ambition to be a ‘butler in the buff’ is coming true, the pic on the left was 2nd January!

“I was like ‘[expletive] me I look massive’ weight was doing me no favours, grumpy, no energy, sleeping was awful so I made some adjustments and I’m actually buzzing now I’m off to get a McDonald’s.”

Fans were shocked at the incredible results.

One person said: “Wow amazing! Wish I had your motivation,” while another wrote: “Well done Olly looking good.”

A third commented: “Wow! Just goes to prove hard work really does pay off! Not even 2 months between the photos!”

Olly recently wowed fans with his abs in a photo with his girlfriend Amelia Tank, who is a bodybuilder who goes under the name Tank The Bank.

My ambition to be a ‘butler in the buff’ is coming true.

During a holiday, the couple posed for a mirror selfie in their swimwear.

The star recently thanked Amelia for being there for him following the tragic death of his friend Caroline Flack.

Former Love Island host Caroline was found dead at her London flat on February 15 after she took her life at the age of 40.

Following the news, Olly posted a heartbreaking tribute and said his “heart is forever broken”.

Sharing a photo of himself and Amelia sat on a swing above a rainforest in Bali as they shared a kiss, Olly said: “When I needed a cry you gave me a shoulder, when I needed space you let me have it and when I needed a kiss you said only on this [expletive] swing.

“But literally thanks for the last few days, hope I didn’t ruin the last week of your awesome family holiday darling.”