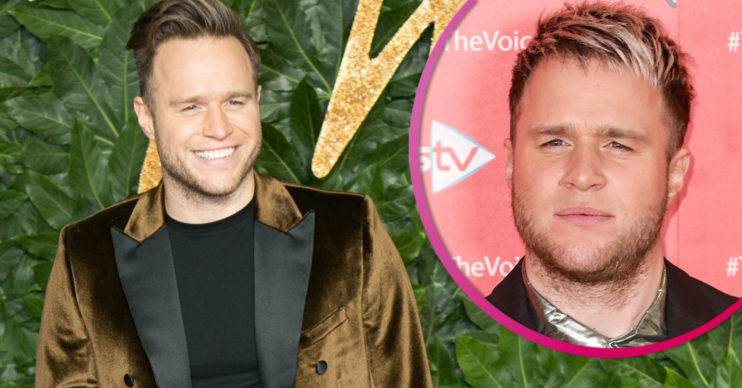 Olly Murs has new blond hair and has taken to social media to show it off.

The 36-year-old musician proudly flaunted his blond hair in a snap on Instagram yesterday (July 21).

The shot shows Olly posing in a car whilst debuting his fresh trim, which he compared to Harry Potter character Draco Malfoy.

The wizard – played by actor Tom Felton – is well-known for having platinum blonde hair.

Olly certainly has a habit of comparing his hair to fictional movie characters.

He recently likened his overgrown locks to that of Home Alone’s Marv Merchants.

The singer had been forced to go without his regular haircuts due to the coronavirus pandemic – and his hair certainly paid the price.

Taking to Instagram, Olly showed off his wild overgrown hair with his 3.3million followers.

He then shared a snap of the iconic movie character – played by Daniel Stern – and wrote: “Not far off.”

Olly’s post comes days after the star touched the hearts of fans with a sweet tribute to Caroline Flack – five months after her tragic death.

The star shared the emotional message to Caroline last week, alongside a fun throwback video of them on a photoshoot.

“5 months have past already and there is not a day that goes by I don’t think about ya! I found this old photoshoot we did, it was the funniest and the best one!

“I’ll Never forget it! Even found a video too, your laugh was the best, just wish I could call ya and hear it again!”

The day he found out about her death, Olly also wrote on Twitter: “My heart is forever broken. I’ve lost something today that I’ll never get back… and that’s you.”

When it comes to Olly’s love life, the star is just as sentimental.

Last month, he admitted he would definitely marry his girlfriend Amelia Tank after just nine months of dating.

He opened up about his future wedding plans recently and said he’s “sure” he’ll marry the personal trainer.

Speaking about their relationship with Jamie Redknapp on his show Redknapp’s Home Fixture, Olly started to say “if” they would tie the knot. But he quickly corrected himself and said “when”.

The pair went official with their relationship just before Christmas, when Olly gushed that he wouldn’t be “lonely” over the festive period.

He told The Sun Online in December: “I’m going to spend some time with her really, it’s been amazing. I haven’t had a girlfriend for four years at Christmas, it’s been a bit lonely. So this year is going to be great.

“I’ll be enjoying that, and spending time with my family, watching The Voice when it comes out. I’ve had a great end of year. This is new for me.”