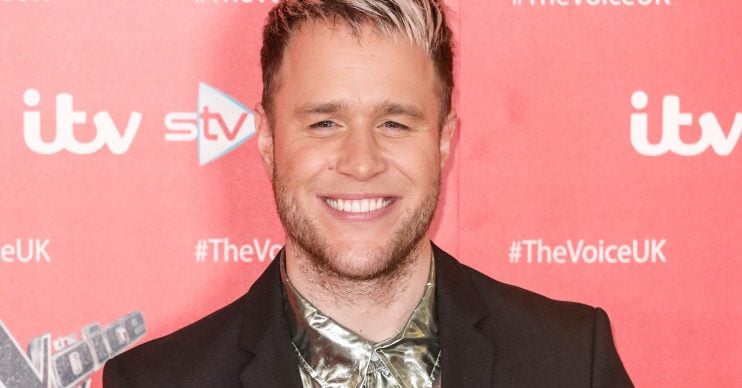 He shared clips of them on The X Factor together

Olly Murs shared a video montage of him dancing with the late Caroline Flack.

The footage was filmed during their stage entrances while presenting The X Factor.

Oh my god these Entrances 🤣❤️😭 just sat in bed this morning watching old clips.. wow I remember this was our favourite part of the show every week 🤣👍🏻 and it just made me laugh so much & smile caz! Thinking of ya 🙏🏻😢😭

The singer and The Voice UK coach revealed he was sitting in bed watching old footage of the pair from the 2015 series of The X Factor.

Olly and Caroline, who tragically took her own life in February, hosted The Xtra Factor together from 2011 – 2012 before presenting the main show in 2015.

What did Olly say?

“Wow, I remember this was our favourite part of the show every week and it just made me laugh so much and smile Caz. Thinking of ya.”

Another of Caroline’s close friends Laura Whitmore replied with a simple heart emoji.

One wrote: “If only she knew the world was about to go on pause and all the horrible comments would disappear and she could breathe again.”

Another added: “So hard to believe she has passed away. Just hope your girl is dancing in heaven.”

A third said: “I remember those entrances! Quality double act.”

The singer last posted about Caroline after her funeral, sharing a video of him kissing her on the cheek while they presented together.

“They simply mean I’ll miss you Caz until we meet again.”

Olly shared a heartbreaking message after hearing of Caroline’s tragic death on February 15.

He wrote on Instagram: “Caz… [expletive] this hurts! My heart is forever broken..

“I’ve lost something today that I’ll never ever get back.. and that’s you.

“I remember messaging you at your toughest time to let you know that I never read or listened to any of the crap people were saying about you.

“I was just worried about my friend. This will hurt forever, love you Cazza, your Ols.”