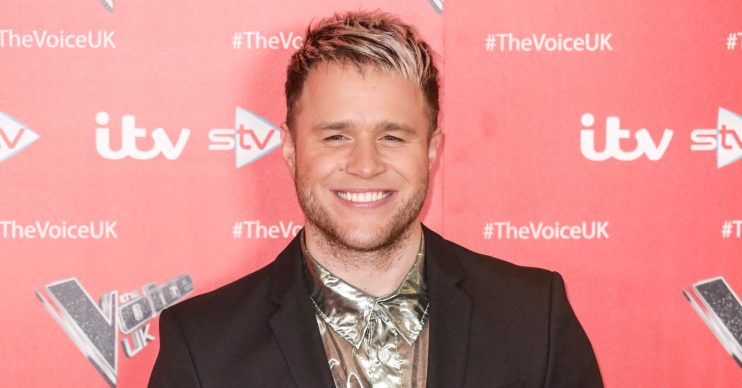 The Voice coach wished his Instagram followers a happy new year and took the time to reflect on his 2019.

Olly reminisced about winning The Voice with his act Molly Hocking and touring his latest album.

He also posted a picture of himself recovering from knee surgery.

However, all anyone was interested in was the picture of Amelia, who fan-favourite Olly called “amazing”.

Olly and Amelia – who also works in a bank – met in the summer after apparently exchanging flirty messages on Instagram.

Olly was single for four years before meeting Amelia, having dated Francesca Thomas for three years until 2016.

2019 was a very positive year for me… winning The Voice with Molly, toured my album, had long overdue knee surgery, and met an amazing woman in the process!

In the new picture, taken on holiday, Olly is seen with his arm around Amelia’s shoulders.

They are both wearing crash helmets, with a quad bike in the background.

He captioned the shot: “2019 was a very positive year for me… winning The Voice with Molly, toured my album, had long overdue knee surgery, and met an amazing woman in the process!”

Before Christmas, Olly told The Sun about his new romance.

He said: “This is new for me. I had a girlfriend four years ago, but this feels completely different, it feels fresh and feels new.”

Olly added: “They always say when you’re always looking for something and then it comes along, this is what it’s supposed to feel like.”

The singer has even admitted that he is thinking about living with Amelia, too.

He said: “We’re not living together yet, but woah, I can barely look after myself! Who knows? I’m in a great place and I love being with her so we’ll see.”

Olly returns to our screens in The Voice this Saturday on ITV at 8.30pm.