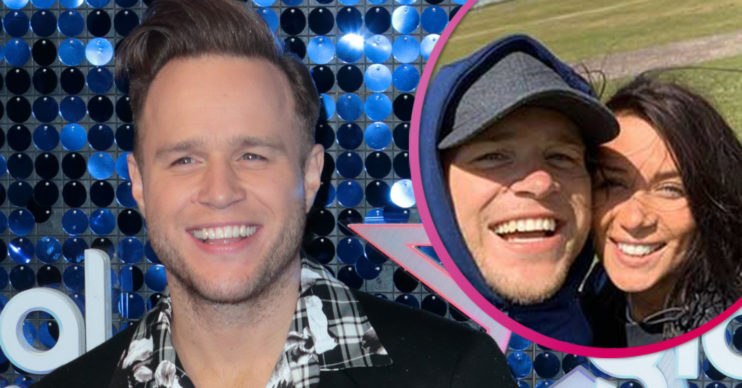 The couple have bought a puppy!

Olly Murs and his girlfriend Amelia Tank have welcomed a new family member.

The singer shared a photo to Instagram on Thursday as he cuddled up to their new Shiba Inu puppy.

Olly, 36, pulled a face alongside the cute pup as he told fans they’ve called her Missy.

Fans gushed over Missy and were thrilled for Olly and Amelia.

One person said: “Omg you got a pup!! She’s gorgeous!”

Meanwhile, Amelia shared a video of Olly picking up Missy’s poo to her Instagram Stories.

In the clip, Olly is seen with a bag over his hand as he held his nose.

He said: “First Missy poo,” as he coughed.

Amelia told him: “Come on, you’ve got this babe.”

However, as Olly started gagging, Amelia burst into hysterics.

He opened up about his future wedding plans recently and said he’s “sure” he’ll marry the personal trainer.

Speaking about their relationship with Jamie Redknapp on his show Redknapp’s Home Fixture, Olly started to say “if” they would tie the knot.

But he quickly corrected himself and said “when”.

The pair went official with their relationship just before Christmas.

He told The Sun Online in December: “I’m going to spend some time with her really, it’s been amazing.

“I haven’t had a girlfriend for four years at Christmas, it’s been a bit lonely. So this year is going to be great.

“I’ll be enjoying that, and spending time with my family, watching The Voice when it comes out. I’ve had a great end of year. This is new for me.”