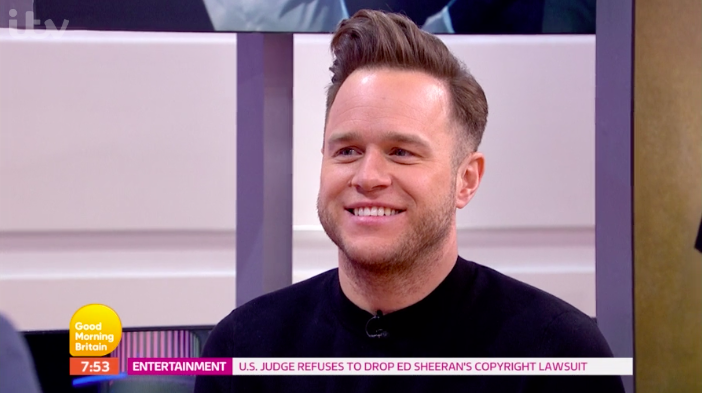 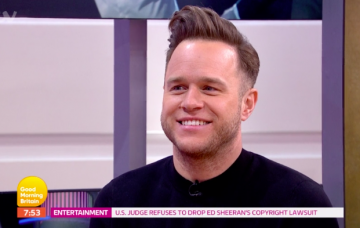 He left his gum on Richard's script

If Olly Murs is known for anything, it’s for being a lovely, down-to-earth cockney lad.

Which is why it was all the more surprising when Good Morning Britain took to Twitter to label the singer “a bit of a diva.”

Has The Voice turned Olly Murs into a bit of a diva? 😉@thevoiceuk @ollyofficial pic.twitter.com/IiIH3VEqbG

The Voice star was on the morning show to talk about the new series of his ITV talent show, and entertainment reporter Richard Arnold shocked viewers by revealing that Olly had disposed of his chewing gum on his notes.

“And now look at what’s happened,” Richard said, showing viewers his papers and the gum stuck to it. “Olly Murs has just put his gum on the back of my script.”

Presenter Kate Garraway laughed, saying: “That’s so showbiz!” as an embarrassed-looking Olly exclaimed: “Why are you telling people that?”

Richard added: “He has become that person… I won’t tell you where I’m going to stick it later.”

GMB took to social media to share the moment, tweeting: “Has The Voice turned Olly Murs into a bit of a diva?”

Later on Instagram, Olly laughed off the diva label, reposting the clip, along with some laughing emojis.

Viewers watching at home were divided by the rude action with one agreeing with the diva question, tweeting: “He apparently has! Shame they forget where they come from??”

But most fans defended the star, with one writing: “Get over yourself! Olly is Olly ,very straight forward, doesn’t come across as anything like a diva. Just an ordinary talented young bloke. 👍.”

Another tweeted: “Highly unlikely! One of the nicest, most grounded people in showbiz.”

A third insisted: “Not a diva Olly, just lovely, not wanting to be chewing on TV 😘😘.”

A fourth added: “Olly you will never be a diva! Humble and that’s why we love you! X.”

Others just thought the incident was funny, commenting: “That chewing gum made me laugh so much 🤣🤣.” While another said: “Enjoyed watching. Didn’t stop laughing. I would have held yr gum 😁😂😜.”

Olly also shared some behind-the-scenes footage from the interview, first posting a grumpy face in the taxi at 6am.

The former X Factor finalist was at the launch of The Voice on Thursday, along with his co-coaches, Will.i.am, Tom Jones and Jennifer Hudson – as well as presenter Emma Willis.

He shared some videos from the event, where he sang with the Black Eyed Peas singer, calling it a: “Wicked day with my Voice family!!”

It’s a pretty gross place to leave your gum! But when it’s live TV, you can’t exactly run off to find a bin, can you?

Do you think Olly was a diva on GMB? Leave us a comment on our Facebook page @EntertainmentDailyFix and let us know what you think.