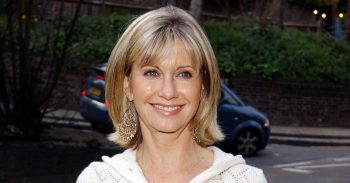 Olivia Newton-John ‘grateful for extra time’ while living with cancer

Olivia Newton-John has said she is grateful to have the “gift of extra time” as she talked about living with cancer. The Australian actress and singer has also said she decided to keep a cancer diagnosis in 2013 a secret because she wanted to deal with it by herself. Newton-John, who is best known for […]

Olivia Newton-John has said she is grateful to have the “gift of extra time” as she talked about living with cancer.

The Australian actress and singer has also said she decided to keep a cancer diagnosis in 2013 a secret because she wanted to deal with it by herself.

Newton-John, who is best known for starring alongside John Travlota in 1978 film Grease, earlier this year dismissed fears over her health, telling fans she was “doing great”.

In a new interview, the 70-year-old star told America’s Today show that she does have some fears, adding: “I mean, everyone does.

“We’re all going to die, that’s probably the hardest thing to accept as a human being – that we know that.

“I just decided I wanted to go through it myself.” @olivianj explains to @nmoralesnbc why she chose to keep her third time fighting cancer to herself and the treatments she’s using to manage her cancer pic.twitter.com/bZo0hEvJvz

“So, I kind of consider I’ve had a gift of extra time. I’ve lost people younger than me, so I’m very grateful. I’m 70 and I’ve had the most amazing life, and I have extra time.

“So, whatever that is, I’m grateful for it, and I will just enjoy every day, and that’s all you can do.”

Newton-John revealed in May 2017 that she had been diagnosed with breast cancer for a second time after first fighting the disease in the early 1990s.

But last year she revealed that it was actually the third time as she had not previously discussed the 2013 reoccurence of cancer.

On keeping her second bout of cancer out of the spotlight, she said it was “because of the speculation”.

“I just decided I wanted to go through it myself,” she said.

“I don’t know, it was just a decision that I’d keep it to myself that time.”

Newton-John also spoke about the speculation that prompted rumours of her death at the start of this year, to which she responded with a social media video saying that “rumours of my death have been greatly exaggerated”.

She said: “They were telling me I was dying and I thought, ‘well, I don’t feel like it. I feel pretty good!’

“But you know, rumours start, then it gets out of control and I decided, ‘no, I’m going to come out and talk about it’, because I have many friends and family around the world and I can’t call everyone, so I need to let them know I’m OK.”

Newton-John, who uses medical cannabis alongside other medication, said she feels she is “winning over” the disease.

She said: “I think what you think creates your reality, so it’s a decision, you have to make that decision.

“You can be a victim or you can be a winner and enjoy your life. It hasn’t been easy, of course, I mean I’m human and I go through fear and all things everyone going through cancer or any diagnosis (does).

“But it’s a choice how you deal with it. So, I always try to deal with it in a positive way.”