Ola and James Jordan have welcomed their baby daughter; their first child.

Ola wrote on Twitter: “She’s here and she is perfect #Mummy (sic)”

She’s here and she is perfect 💕 #mummy

In a matching post, James wrote: “I’m the happiest man in the world #daddy (sic)”

I’m the happiest man in the world #daddy

No other details – including the baby’s name – have yet been revealed by the couple.

In December, James and Ola announced they would be having a girl in a video for Hello! magazine.

A little girl is the best thing that could happen to James, honestly.

He confessed: “Because we were quite nervous going through IVF we didn’t want to jinx anything… now we know it’s a little girl it just feels very real now. It’s amazing. It’s brilliant.”

Ola added: “As a couple we always wanted to know what we’re having and I think Christmas is the best time to find out.

“I was so emotional! A little girl is the best thing that could happen to James, honestly. He’s not going to let her go.”

The couple announced the happy news last year on social media, and James admitted it was their “biggest achievement ever”, calling it “special and exciting”. 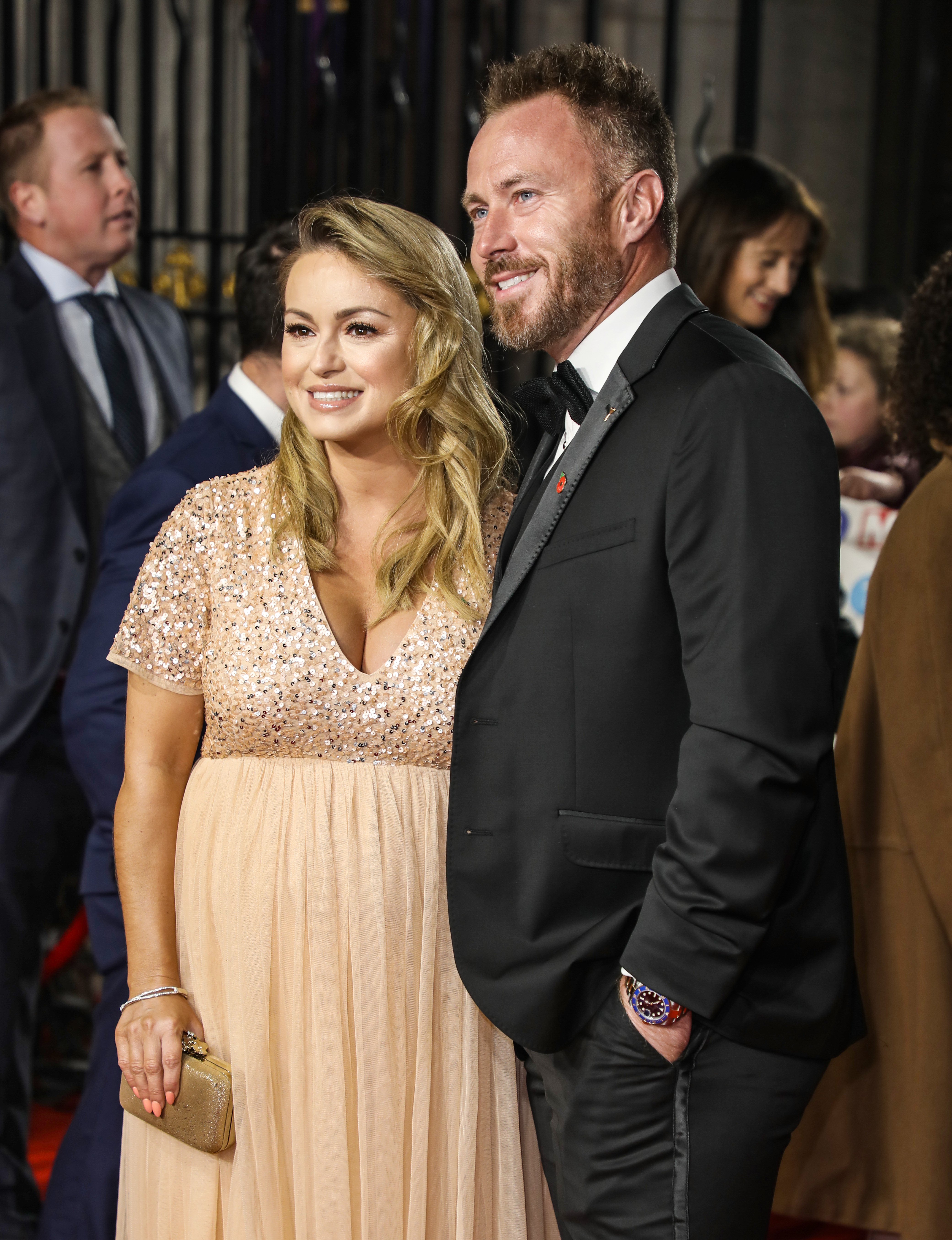 He said at the time: “We’ve been with each other for 20 years, married for 16, travelled the world, achieved amazing things in our careers: trophies, accolades, Ola won Strictly Come Dancing, I won Dancing On Ice.

“But finding out that we are pregnant is no doubt our biggest achievement ever. This is probably the most special and exciting thing that has ever happened to us.”

Ola revealed she found out she was expecting their child after taking tests while James was out.

She shared at the time: “I did a test, he was on the golf course. I cried, I was over the moon. The thing is with IVF, because we couldn’t get pregnant for a long time, you don’t believe it. You’re like is it OK, is it normal?

“I waited for him to get home and I gave him the test because I couldn’t actually tell him. I couldn’t say it, I was so upset, so happy. I did loads [of tests].”