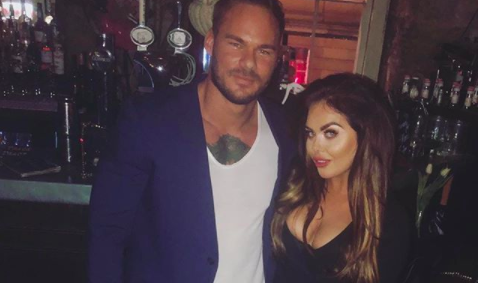 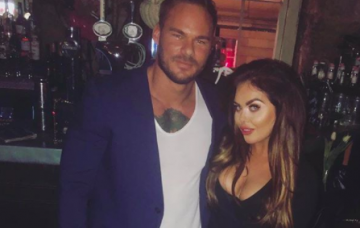 Taking to Instagram Stories, the 27-year-old star posted a series of photos of Lee, wishing him a Happy Valentine’s and referring to herself as his “girlfriend”.

The first featured Lee in the kitchen, which the Saturday Night Takeaway star captioned: “Lee’s first attempt at a pancake” – with a laughing emoji.

In the next shot, she wished her new man – who she’s known for ten years – a “Happy Valentine’s Day.”

The third picture showed some hardboiled eggs next to a Kiehl’s gift bag.

Writing over the picture, she called herself a: “Top girlfriend”.

Scarlett also posted a “date night” snap of the pair recently, writing: “It’s good to be back in the toon @malmaisonhotels & @thebotanistuk #datenight”.

Lee confirmed the romance on his own Instagram profile, too.

He later added a picture of their steak and chips dinner, writing: “Amazing food and drinks Saturday for an early Valentines @thebotanistuk thanks @scarlett_moffatt.”

It comes a couple of weeks after the former Gogglebox star briefly tagged Lee into a glam Instagram photo, writing: “Date night @leeewilkinson”, alongside a love heart emoji. But she quickly deleted him from the post.

And just last week she posted a selfie, writing: “Love this one… love a date night in Newcastle #datenight”.

The Sun broke the news earlier this month that Scarlett had been seeing Lee since Christmas.

Their source claimed: “She has always liked Lee but after making it in television and moving to London, Scarlett never expected to get together with him.

“But after going back up north over the festive period they connected and have been in constant contact ever since.”

Lee lives in County Durham, where Scarlett is from, and often trains clients at the gym there.

This is the I’m A Celebrity… Get Me Out of Here! winner’s first relationship since she broke up with hairdresser Luke Crodden. The pair dated on and off from January 2015 but ended things for good in October.

Afterwards, Scarlett explained to The Sun: “We’re still friends, it’s not like anything has happened. But we realised that we just like each other as friends. We friend-zoned each other. I have no idea how it actually happened.”

Do you think Scarlett and Lee make a cute couple? Leave us a comment on our Facebook page @EntertainmentDailyFix and let us know what you think!