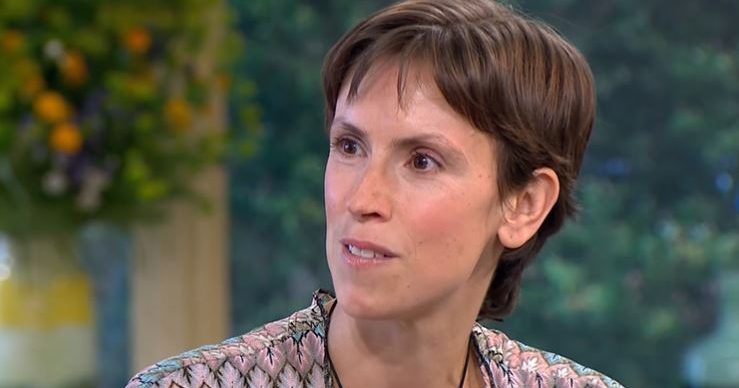 An off-grid mum who once featured on This Morning to discuss her unconventional approach to parenting has told her social media followers she feeds her dog breast milk if he’s poorly.

Adele Allen posted on Instagram about giving her pooch, Noah, breast milk to make him feel better when he’s under the weather.

On Tuesday (February 25 2020), she uploaded a photo of her cupped hand holding milk and another of her dog licking it from her palm.

She wrote in the caption: “Noah has woken up poorly, been throwing up and not eating. Most people would call a vet but not us. His only medicine is grass and some expressed breast milk.

“Noah hasn’t been to a vet nor had booster shots since he arrived to us but I absolutely would take him for something like a car accident or if he ate a significant amount of rat poison, for example.”

She included the hashtags #nomedicine, #novet and #doctorourselves, but it seems her followers were somewhat divided by the approach.

One responded: “Sorry but I think if your dog is unwell, you need to see a vet. A dog will not show their illness until they really are feeling very unwell. Breastmilk of course has amazing healing qualities, but if your dog is really unwell a vet is the best place.”

Another commented: “Vet care is part of being a pet owner and not providing it is considered negligence. Breastmilk and grass will do absolutely nothing for a sick dog.”

His only medicine is grass and some expressed breast milk.

But a third wrote: “Trust your instincts.”

And someone else advised her: “Most times they can fight off infections on their own, but just keep your eye on the breathing and temp.”

Adele appeared on This Morning in 2017 with her partner, Matt, and kids Ulysses and Ostara.

Hosts Eamonn Holmes and Ruth Langsford asked what was meant by ‘off-grid’ parenting and she explained: “It’s actually just a term I use to describe the fact that we don’t have [the children] in the systems that are normally in place for them, the educational establishment, the medical establishment. We prefer to go a more free-range, natural route.”