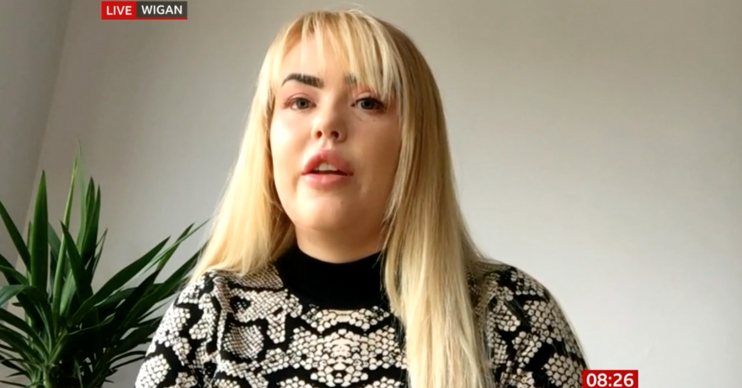 Lucy Duncan didn't consider the risk to herself

Off-duty NHS nurse Lucy Duncan has been hailed a hero after she rescued an elderly man with coronavirus.

Lucy was driving home from a 12-hour shift when her car was hit by a man who was struggling to breathe.

He told her he had been self-isolating, he hadn’t eaten for a week, and he thought he had coronavirus.

Lucy called an ambulance, went to A&E with him, and subsequently stayed with him for five hours.

She appeared on BBC Breakfast this morning to talk about what happened.

“I’d worked a 12 hour shift and it was my seventh shift in a row,” Lucy explained.

“I was driving home from work and a man crashed into my car.”

After the man drove off, but wasn’t trying to speed away, a confused Lucy followed him.

“When I got to the car and I realised it was an old man, he opened the car door and grabbed hold of my arm and said he thought he had coronavirus.”

The man, who has not been named for privacy reasons, was 73 years old and had no family and no support network. He’d gone out to buy essentials as he knew he needed food or else he’d die.

Lucy revealed she an unused mask in her car and he also had a mask, so they tried to protect themselves while in each other’s company.

The man wanted to drive home and call an ambulance in the morning, but trained Lucy knew it was serious and insisted they got him to the hospital right away.

BBC Breakfast host Naga Munchetty then asked how the man was.

Lucy tearfully explained: “I found out this morning that he passed away in the early hours of this morning.

She also revealed they’d made a deal that once he was well he’d make her a cup of coffee, therefore she was having one in his honour.

Talking about how much her being with him in those dark hours meant, Lucy said: “His eyes lit up every time I went and held his hand, it was amazing to be part of his life.”

Lucy’s bosses left her a message telling them how proud they were of her as a result of her actions.

Joanne Hiley of North West NHS Foundation Trust said: “She really is the mot genuine kind person. I and the rest of North West Boroughs healthcare are so very proud of Lucy’s quick-thinking actions.

“She is everything we could possibly want for our staff and is a shining example of the true NHS compassion in these difficult times. Our NHS staff go over and above every day and it’s great they’re getting the recognition they deserve.”

Lucy went on to reveal she is now having to self-isolate away from her family. Meanwhile, after sharing her story on social media has had overwhelming and lovely comments.

Viewers watching at home were moved to tears by Lucy’s story.

Just heard the story of Lucy Duncan a nurse from Wigan who had an elderly man crash into her car after being desperate for food after self isolating for two weeks. She cared for him and got him to hospital but she’s heard this morning he sadly passed away. 😢❤️👏#nhs

@BBCBreakfast what an amazing but very sad story about nurse Lucy Duncan and the wonderful way she helped a lonely old man who later sadly died of #COVID19
Shows the very best of humanity and how wonderful our NHS staff are.

OK, didn’t expect to be getting this emotional over @BBCBreakfast, what a touching story about off duty nurse Lucy Duncan. Raising my own coffee to you and the friend you made and helped in his final hours #NHSThankYou #Community ☕️💙 https://t.co/8hk4I5ONzG

@BBCNaga Thank you for highlighting the wonderful nurse Lucy Duncan. Amazing, incredible lady. I raise my coffee to her, the #NHSheroes and the gent that passed away x

The Lucy Duncan story on @BBCBreakfast now 😢 so sad. Going above and beyond as a nurse ❤️ #nhs #NHSheroes raise your coffee 👍

She also revealed the man had a son who he hadn’t spoken to in years and had asked Lucy to help him track him down.

Lucy is going to do her best to find his son in the man’s memory.