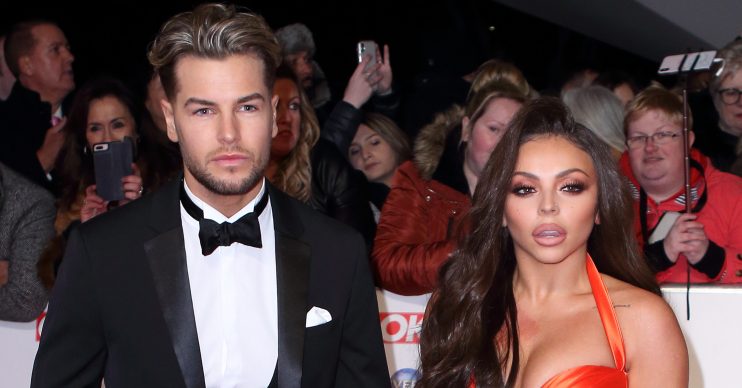 She was honoured for her Odd One Out documentary

The NTAs were a big night for Little Mix star Jesy Nelson as she picked up one of the awards for her BBC documentary Odd One Out.

By her side as she arrived on the red carpet was Jesy’s doting boyfriend of a year, Love Island star Chris Hughes.

Looking dapper in a tux, Chris looked tearful as Jesy headed to the stage to collect her award.

“‘I’m so sorry, this is so overwhelming, I’m such a baby,” said a clearly emotional Jesy as she collected the Factual Entertainment gong.

However, fast-forward a few hours and Jesy’s big night ended in a huge bust up.

Read more: The Duchess of Cambridge looks far from blue as she steps out in a gorgeous teal coat

As she and Chris headed home from the party, he was involved in an “altercation” with a photographer outside their hotel.

Chris has now broken his silence over the incident, saying he “regrets” retaliating and reacting in the way that he did.

Taking to his Instagram Stories, he said: “I want to address last night’s altercation. I was having an amazing night celebrating the award my girlfriend deservedly won.”

He continued: “After coming out of our hotel, a particular paparazzi decided to repeatedly call me a name I wouldn’t call my worst enemy, and physically try and start an altercation. As everyone can see, I retaliated back badly to this which I totally regret.”

Chris added: “I’m human. No different to anyone else. However, I want to make everyone aware this was only in self defence. I hope people I care about, including my followers, family and friends can understand and forgive me.”

Addressing the fact the incident tarnished Jesy’s big night, he added: “This night was about Jesy’s win and I’m sorry if I distracted anyone from this. Ultimately, I’m the proudest boyfriend ever and want to congratulate my amazing girlfriend for a deserving win. I am so proud of you.”

Police have today confirmed that they are investigating the incident after a complaint of assault and criminal damage.

This night was about Jesy’s win and I’m sorry if I distracted anyone from this.

They told the Mirror: “We can confirm that at 03:52hrs on Wednesday, 29 January, police received a report of assault and criminal damage following an altercation between two men at Waterview Drive, Greenwich.”

The spokesperson added: “The reported criminal damage relates to photographic equipment. There were no reported injuries.”

Jesy, meanwhile, has yet to speak about the incident, which happened as she waited in a nearby taxi with a pal.

Taking to her Instagram, she said she woke up this morning and “my heart is bursting with happiness” as she thanked her fans for making her award win happen.

She added that it was “one of the most magical nights of my life”.

ED! has contacted Chris’s rep about this story.

Last year, Chris became emotional on This Morning while speaking about Jesy and her award-winning documentary on trolling.