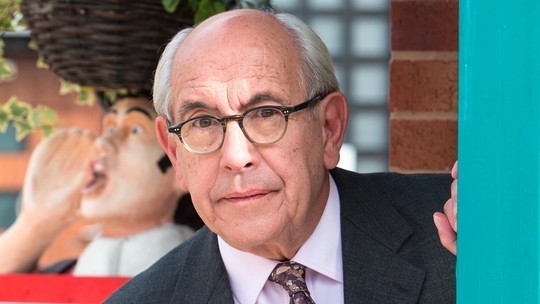 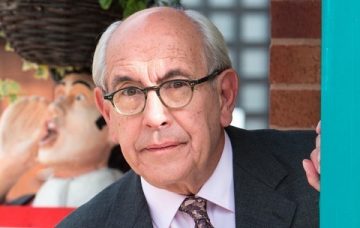 Coronation Street star Malcolm Hebden – aka Norris Cole – has been the victim of a cruel death hoax following a brief stay in hospital.

78-year-old Malcolm was hospitalised earlier this week, but was treated and discharged.

Since then his death has been reported as a sick joke online.

The Sun reports that a fake news site had announced his death, leading to fans posting messages of condolences on social media.

The hoax even forced actress Sally Ann Matthews, who plays Jenny Connor, to Twitter to refute claims that her co-star had passed away.

A fan asked her: “Not true about Malcolm Hebden is it?” 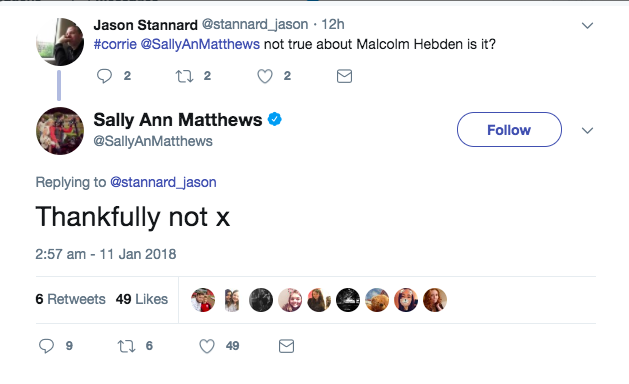 Earlier this week The Mirror reported that Malcolm had been rushed to hospital with an undisclosed illness.

No further details were released but it is said to have come six years after a previous health scare.

On that occasion, back in 2012, Malcolm became ill whilst at work on the Corrie set in Manchester, and after being checked over by studio medics was reportedly taken to hospital for further testsin A&E.

Although Malcolm first joined Corrie in 1974, it was in a small role as a character called Carlos – the Spanish lover of Mavis Riley,

When he returned in 1994, it was as Norris Cole, and he was introduced to the cobbles as a friend of Mavis’ then husband, Derek Wilton.

And despite being written out for a spell in 1997 before making a full time comeback in 1999, he has been a favourite member of the cast, with some memorable – and often hilarious – storylines.

These included revealing the true intentions of killer Richard Hillman, and more recently, marrying Mary Taylor to win the holiday of a lifetime in a radio competition.

He also shared scenes with Vic Reeves’ character, Colin, who believed Norris could be his long lost father.

And certainly not dead!

Coronation Street continues tomorrow at 7.30pm and 8.30pm on ITV