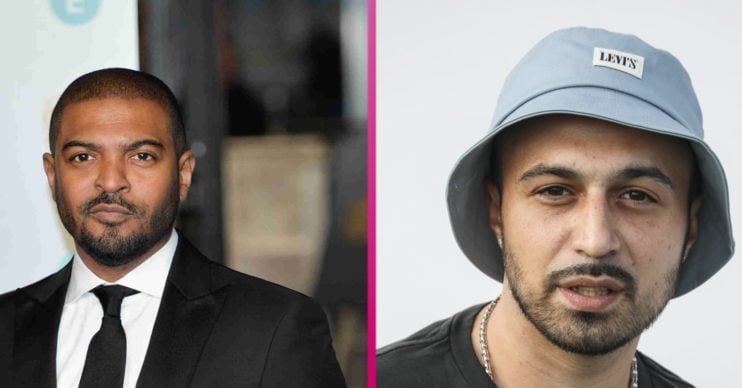 Actor Noel Clarke has been the subject of allegations of sexual harassment and bullying from 20 women, and previously former co-star Adam Deacon accused him of hampering his career.

Actor Adam Deacon, who starred with Clarke in the films Kidulthood and Adulthood, has also spoken out.

The pair had a very public falling out in 2014, and Adam believes Noel was trying to obstruct his career.

Read more: EastEnders actor James Alexandrou claims Noel Clarke had ‘too many of us scared for too long’

What happened between Noel Clarke and Adam Deacon?

The public falling out between the two actors happened after the pair had starred together in Kidulthood in 2006 and Adulthood in 2008.

Problems began in 2011, but escalated a few years later. Adam Deacon was later charged and found guilty of harassment without violence in 2015.

Friction sparked between them when Adam’s film Anuvahood, which Noel claimed infringed on the copyright of the Hood trilogy of films.

Furthermore, Noel then alleged that Adam was sending him abuse and harassing him via social media.

When the case came to court, Noel said: “He released a barrage of abuse, claiming I’d been bullying him for as long as he could remember and claiming I had stopped him getting an agent in the business.”

Additionally, Noel claimed that Adam allegedly posted photos of Noel’s children next to a gun emoji.

In response, Adam said that he’s been the victim of bullying from Noel. In court, Adam said: “He would bully and belittle me on set in front of people – it would be a constant thing.”

Later, Adam was charged with harassment without violence in July 2015, with a two-year restraining order preventing him from contacting Noel and a fine of £500.

The pair haven’t worked together since, with Adam notably absent from the final film in the Hood trilogy.

Adam posted on Instagram this week: “Karma. No need for revenge. Just sit back and wait. Those who hurt you eventually screw up themselves and if you are lucky, God will let you watch.”

What has Noel Clarke said about the allegations?

In response to the allegations against him this week, Noel Clarke issued a strong denial via his lawyers.

I will be seeking professional help to educate myself and change for the better.

“Recent reports however have made it clear to me that some of my actions have affected people in ways I did not intend or realise.

“To those individuals, I am deeply sorry.

“I will be seeking professional help to educate myself and change for the better.”

Additionally, the police have now confirmed they’ve received a “third-party report” of “sexual offences committed by a male over a period of time”.