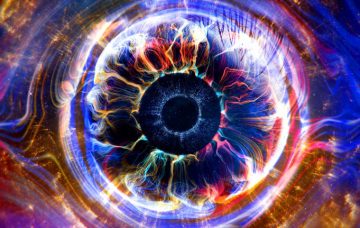 Let’s face it, Nikki Grahame has never been one to stick to the script. And on Monday night she enraged viewers of the final ever Big Brother, when she revealed the winner, Cameron Cole, 15 minutes early.

Now the former Big Brother star has been forced to apologise after fans threatened to report her to regulators, Ofcom.

Speaking to Digital Spy, the reality star said: “Am I in trouble? Oh I’m so sorry guys!”

She then tried to cover her mistake up, by claiming her tweet was just a guess.

The 36-year-old added: “I just meant that Cameron… I knew he’d won it! I’ve made my predictions. I just knew it! I just knew! Absolutely certain!”

Fans were furious, commenting: “Talk about ruining it for the viewers 🤦🏼‍♀️.”

Another demanded to know: “How did you know who won 18 minutes ago when the winner was just announced?! 😠,” while a fourth said they were planning to complain, writing: “So in other words I was voting for Akeem whilst Cameron had already been awarded the win, right Ofcom here I come and this has been screenshot too, with the timestamp on it too. @bbuk.”

The reality star also appeared on Lorraine on Tuesday morning, which infuriated viewers, as one tweeted: “Seriously having Nikki Graham on?? Ask her how she feels about putting the result out before the @bbuk aired?? spoilt brat of a woman.”

Others, though, were able to laugh it off, tweeting: “In the most Nikki moment ever, she completely ruined the result for viewers across the country. Oh, hun… 😂🙈.”

Nikki, who shot to fame on Big Brother 7 in 2006, was in the studio for the final, warning viewers on Instagram ahead of the show.

It was an emotional evening all round, as Emma Willis broke down on air.

The 42-year-old host has fronted the Channel 5 reality programme since 2013 and the network announced in September it would be dropping both the civilian and celebrity versions of the show.

Speaking at the end of the episode, she said: “Thank you to the 300 plus production team that work tirelessly behind the scenes to bring you our very special show.

“To Davina [McCall], Marcus, and Brian, who have paved the way as hosts. To all of the Big Brother housemates that have taken part over the last 18 years, and to all of you at home.

“Whether you’ve been here for the long haul, or you’ve recently climbed on board, with you, we would never have lasted 18 years.”

“But most of all, thank you to Big Brother for being the best big brother to me. Like any sibling he has made me laugh uncontrollably, scream in frustration, and weep with sadness and joy.

“I will love you always, but it’s time now for this house to hopefully find a new home. Thank you so much for watching.”

Read more: Emma Willis breaks down as she bids farewell to Big Brother

The moral of this story has to be not to follow Nikki on social media? Especially at crucial moments…

Are you sad to see Big Brother go? Leave us a comment on our Facebook page @EntertainmentDailyFix and let us know what you think.