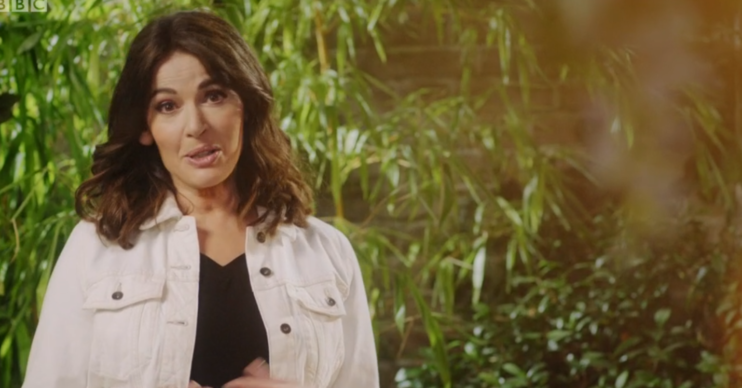 Nigella Lawson has set the internet on fire once again with her now infamous ‘microwave’ pronunciation.

The beloved TV cook, 60, can always be guaranteed to get people talking several times a year.

So we thought we’d go back through the archives to find her top 10 most controversial moments.

Hold on to your spatulas – prepare to be amazed (and horrified).

In this series of Cook, Eat, Repeat, Nigella stunned fans when she used an unexpected ingredient in a spicy Indian dish called bhurta.

As she was gently frying off onions, ginger and spices, she then reached for the oven and pulled out a tray of… fish fingers.

To everyone’s surprise, she began to mash them up and add them to the pan.

One viewer said: “Lots of things divide our nation… Brexit, politics, marmite… but Nigella mushing fish fingers and putting them in a pan with onions/garlic/ginger/chilli has got to be up there.

Nigella is famed for her little hacks and simple solutions to make everyday dishes better.

So when she attempted to jazz up the humble slice of toast, viewers were intrigued.

However, during this series of Cook, Eat Repeat, she stunned everyone by telling viewers… how to butter toast correctly.

She said: “The minute this came out of the toaster and was still lovely and hot, I spread it with butter so that the butter has melted down into it and will give it a fabulous ‘crumpety’ bite.

“Stage two, now, ready for it… I need a little more butter and it will stay in some golden patches on the surface.”

She added: “But what I need to do is sprinkle some sea-salt flakes over it.”

One viewer said: “Full marks #Nigella for caring less what anyone thinks yet again, showing us how to make buttered toast.

Back in 2015, Nigella outraged the nation once again.

In an episode from the series Simply Nigella, she began by saying: “Whatever the day, I want food that makes me feel good not just when I’m eating it, but when I’m cooking it too.”

Viewers expected something groundbreaking and revolutionary. Viewers got avocado on toast.

One Twitter user said: “I like #Nigella but Avocado spread on toast? My 4 year old could do better than that!!”

Spaghetti carbonara is a favourite among Italian foodies.

The comforting, creamy favourite is a beloved staple, but in her book, Feast, in 2004, Nigella’s version got carbonara lovers’ knickers in a twist.

It’s an unctuous mixture of eggs, pepper, bacon, parmesan cheese and perhaps a dash of cream (although traditionally the water from the pasta is normally used to loosen the mixture).

Nigella said her recipe was just right “for that chin-dripping, love-soaked primal feast, the first time someone actually stays through the night”.

However, her recipe called for a whopping great 60ml of double cream.

One fan called it: “An outrage to Italian cuisine.”

While we’re talking about controversial pasta dishes, Nigella divided opinion yet again with her Marmite spaghetti.

The condiment, which is already Marmite to a lot of people, was mixed into hot noodles and featured in one of Nigella’s Instagram posts.

She said: “So many of you know and love this already, and the rest of you are probably horrified by it.”

In an attempt to deconstruct the Caesar salad, Nigella decided to put a lettuce in the oven and roast it.

Furthermore, and to the confoundment of viewers, she not only burnt it, but presented it with a fried egg on top.

One viewer said of the 2015 Simply Nigella episode: “Can only imagine that roast lettuce topped with a fried egg was invented at/after a particularly lively party chez Nigella.”

Back to this current series of Cook, Eat, Repeat.

Not only had she stunned viewers with her fish finger dish, but later in the same episode she stunned again with a curry made with banana skins.

After soaking the hard skins in hot water, she added them to her spicy, bubbling pan.

I admit, not totally visually appealing.

“I admit, not totally visually appealing,” she said. “But there’s always something so gratifying about using up every last scrap.”

One said on Twitter: “A lot of things have made me go WTF in 2020 but nothing’s come close to Nigella pouring kettle water over two brown banana skins.”

Back on her Instagram feed, Nigella showed fans a little hack for making the best out of leftover pizza.

“Now this is what I call a breakfast: leftover pizza from my Friday night @asap.pizza order, reheated and topped with a poached egg and a splodge of chilli crisp,” she said.

It didn’t impress fans including This Morning’s Holly Willoughby, who called it “something that’s come out from the bottom of a bin”.

We’re back in this current series of Cook, Eat, Repeat, and Nigella surprised many by taking viewers on a tour of her special liquorice  box.

In it, she showed us different sweets and pieces of liquorice she had gathered from around the world.

Not realising that anyone has ever owned a liquorice box in the history of the world, viewers were stunned.

One said: “If at any point you don’t seem me laughing this week, can you just say to me ‘Nigella’s liquorice box’ and it’ll set me off howling again.”

She proceeded to make a liquorice sauce for a chocolate cake, but viewers weren’t convinced.

During the 2000 series, Nigella Bites, the cook went full trashy and took inspiration from The King himself – Elvis Presley.

She cooked up a fried banana and peanut butter sandwich.

It looked divine, to be fair.

The star has got people talking this week over the way she pronounces “microwave”.

During Monday night’s episode of Cook, Eat, Repeat, Nigella referred to her ‘meekro-wav-ay’ instead of ‘micro wave’.

One viewer said: “What did Nigella just call the microwave?!”