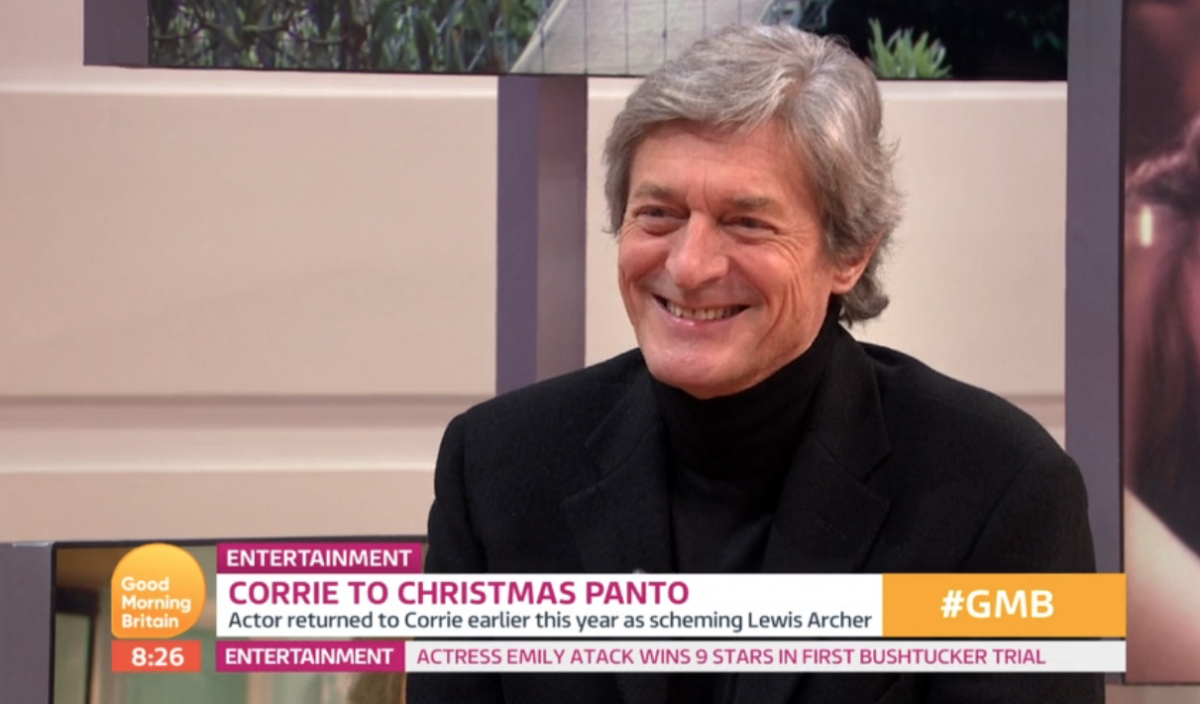 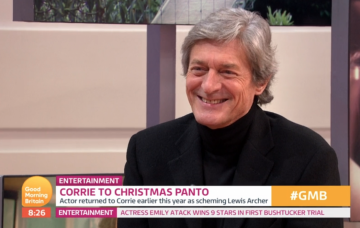 Corrie star Nigel Havers has teased the end is nigh for his Weatherfield character.

Appearing on Good Morning Britain to discuss his upcoming panto role, the smooth-talking actor admitted prospects did not look good for his soap role going into 2019.

And asked whether Lewis Archer could be bumped off as part of the ITV show’s Christmas episodes, the 67-year-old replied: “It is not looking good.”

“It is looking grim all round,” he continued.

However, Nigel did reserve the right for the character to return in the future – even if Lewis is heading towards his soap grave.

With host Piers Morgan noting axed soap characters have been known to make unlikely comebacks from their own deaths, Nigel agreed: “Of course they can.”

Smiling, he added: “People have twins!”

Corrie boss Iain MacLeod recently revealed a surprise will be in store for viewers as part of this year’s festive celebrations on the cobbles amid rumours the Street could set for a “bloodbath”.

And Jack P Shepherd, better known as David Platt, has also suggested a beloved Corrie character is due to die over the Christmas period.

“This year I think someone dies at New Year. It might be someone to do with the Platts! And no, it’s not David’s dog,” he said.

The Sun has subsequently reported ex con Lewis will meet his end in an “intense” plot with his final scenes playing out in early January.

Benidorm and Don’t Wait Up actor Nigel also agreed his stint on Corrie was probably his most visible role to date, watched by millions every time he appears on screen, and the part he is most recognised for.

“Either that or I’m A Celebrity,” he concurred.

It seems he no longer watches the ITV jungle reality show for pleasure though after being a campmate in Oz for the 2010 series.

“To be honest, if I’d stayed there I would’ve killed somebody,” he revealed

Pressed for a clue about who he was referring to, Nigel cheerfully admitted to being irritated beyond belief by former MP Lembit Opik during their time together in the camp.

Nigel deadpanned: “It was very simple, I was going to strangle him in the night.”