Nicola Mclean has raised a few eyebrows after snuggling up to Jamie O’Hara during a drunken night in the Celebrity Big Brother house.

The pair put on a cosy display despite the fact her husband Tom Williams will be watching at home.

Although Jamie is good friends with fellow footballer Tom, he shared a kiss with Nicola and said to her: “I love you.”

Getting weird isn’t it? Yep, we feel it too. 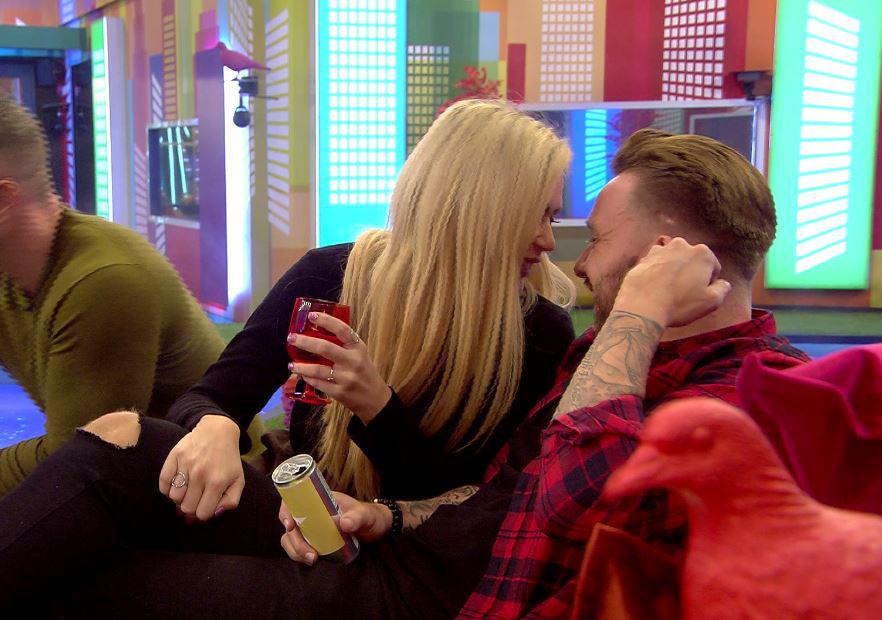 The model was warned by housemate Stacy Francis to “stay out of trouble” as she draped herself over her hubby’s pal.

On Tuesday’s Loose Women, the panel debated whether it was all a bit of harmless fun, or “unforgivable”.

Linda Robson went in all guns blazing, saying: “I think it’s unforgivable, I mean, her husband is sitting at home and them two are friends, Jamie and Nicola’s husband, are friends, and he’s watching that.

“My mum always used to say, and I think it’s such a true saying, ‘When the drink’s in, the wit’s out,’ and it really, really is.

“If that was my husband in there I would have parachuted in and landed on the pair of them. I’d have his bags packed before he got out of there.

Anne Diamond added: “I know nothing happened but it just wasn’t a cool moment and I couldn’t help thinking that if you were sitting at home, you’d feel betrayed and humiliated as it’s happened on national television.”

Jane Moore played devils advocate and pointed out that Nicola’s husband had cheaed on her, and wondered if “self-esteem issues” were the reason for her actions.

She added that it was very innappropriate of Jamie, who split from Danielle Lloyd in 2014, to keep giving Nicola alcohol.

Nicola admitted to her housemates she’d had too much to drink before whispering to Jamie: “Look after me. I’m a lunatic but it doesn’t need to happen right now.”

Jamie replied: “You know I’ve got your back.

“A hundred per cent. A million per cent. You know I’ve got your back. I think you’re amazing. I love you.”

The pair then leaned in for a hug, when Calum Best swooped in prompting them to kiss, saying: “Give her a kiss. On the lips, the lips, on the lips. Let me watch. On the lips.”

Jamie laughed and told him he’d “love to” but respects Nicola’s married to his friend Tom.

“I’d love to,” said Jamie. “She’s a beautiful woman but I’ve got too much respect for my bruv.”

They’ve done it BEFORE?!

Later, Nicola was put into bed by James Jordan but it was Jamie that tucked her in, asking her if she needs help getting into her pyjamas.

“F**k it’s bad,” whispered Nicola from under the covers.

“What have I done?” she replied, before bedding down for the night.

We think Nicola should avoid booze for the rest of her time in the house!