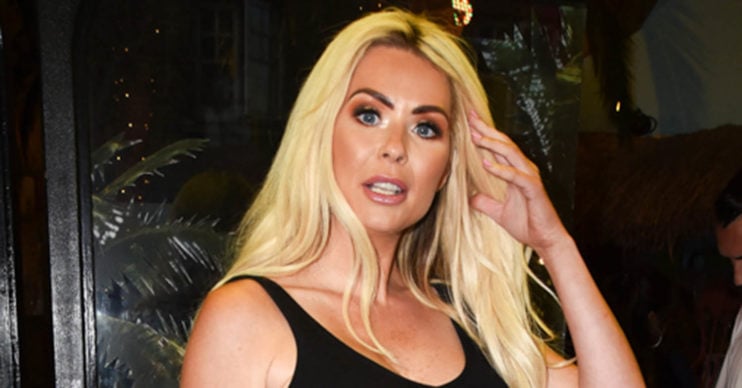 She's battled anorexia and bulimia since she was 11

The star said she blames her relapse on the stresses of lockdown.

Nicola, 38, has battled anorexia and bulimia since she was just 11 years old.

And she’s admitted she has found recent months “so tough”.

Nicola said early panic buying meant she was unable to buy the foods she prefers to eat.

And this caused her to look for another form of control in her life.

She told New!: “It just really threw a lot of my normality. Then trying to get food delivery slots and they brought you substitutes, which felt like a personal attack, but I’m very aware it wasn’t. I definitely limited [my food intake] and lost weight.”

Nicola revealed she would hear people talking about products that were sold out at supermarkets and feel out of control.

She explained: “It was the fear of eating things I wouldn’t normally eat. It’s mainly a control thing – feeling so out of control and then feeling like you’ve got to control and restrict.”

And while Nicola – who has sons Rocky, 14, and Striker, 10, with husband Tom Williams – is confident she’s beaten anorexia, bulimia is still her “go-to” when she’s feeling stressed or anxious.

She revealed she either withholds food or overeats.

I know if I bake the cake, I’d eat that cake and then want to throw it up.

And she said she’s the only person who has actually lost weight during the government’s lockdown.

“I’m the only person I know who has lost weight in lockdown. Where everyone’s baking, I’m like, that’s just not happening. I know if I bake the cake, I’d eat that cake and then want to throw it up because it’s not something I usually eat. It becomes that whole personal battle,” she said.

While she takes medication, the former Celebrity Big Brother star doesn’t have therapy because she isn’t convinced it can help her due to her inability to speak completely openly.

She said she doesn’t “like” therapy and would need to go into a clinic and “stay there for three years” to work out her issues.