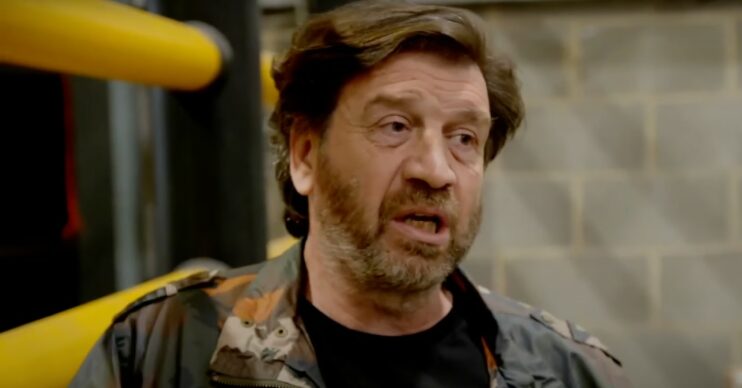 Nick admitted that the abuse was "upsetting"

Nick Knowles has clapped back at trolls claiming that his girlfriend is ‘only with him for his money’.

It’s the second time in the space of a week that the 59-year-old has been forced to defend his new relationship.

Last week Nick was spotted out in London with his new girlfriend – Katie Dadzie.

Katie is a 32-year-old businesswoman, and the couple has been together for eight months.

The couple was photographed kissing after a romantic dinner in Mayfair. They were then seen window shopping in the capital.

An onlooker told The Mirror that Nick and his new girlfriend looked “pretty loved up” after their date.

However, due to the 27-year age gap between them, as well as the fact that Nick is well-known, the couple has been targeted by trolls online.

Amongst cruel comments about the couple’s age gap, some trolls have also accused Katie of only being with Nick for his money.

Nick is believed to be worth around £7.5 million. However, as he claims, Katie is “wealthier” than he is.

The 59-year-old recently opened up about the abuse he and Katie have been receiving.

“If you put yourself on TV then you know you are going to get all that stuff. It is more upsetting for the people I am with,” he told the Daily Star.

“Some of the nasty things that are said, and the implication that because she is younger that she is only interested in me for the money or whatever.”

“She has two kids, she owns property, has three businesses on the go, is wealthier than me. It is upsetting that they talk about people I am with,” he said.

The 59-year-old’s comments come just a week after he was forced to defend his relationship from cruel Twitter trolls.

In a tweet for his 169.7k followers, Nick admitted that he was “raging”.

“I’m raging,” he wrote. “The woman I was out to dinner with when we were papped is 32, has degrees in two subjects, runs 3 businesses, is a mother of 2, is wealthier & more successful than me & is intelligent & independent unlike the abusive trolls attacking her.”

“What happened to #bekind?” he asked.

Plenty of his followers jumped to his defence, with many advising that he take no notice of the trolls.

“Easier said than done but ignore them. It isn’t necessary to explain for you and your friend to explain yourselves. Just enjoy each other’s company,” one told the star.

“Don’t feed the trolls – nothing to do with anyone else,” another said.