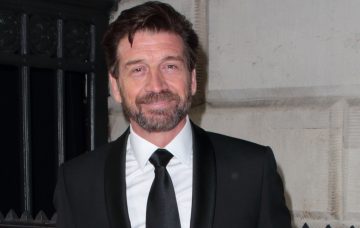 He reckons he looks "part pirate"

The presenter joked he’d had to go “part pirate” as he made an appearance at a NSPCC charity ball last night.

He shared a shot of himself in his striking tuxedo and eye patch ensemble on his Instagram account.

The image was captioned: “Lunchtime emergency eye operation. Evening NSPCC ball for Helpline. Couldn’t let them down. Had to go part pirate.”

He also posted a selfie taken during the evening where he praised the fundraiser as a “truly inspiring evening”.

“Lunchtime eye op left me looking like a pirate but just about got away with it I think,” the I’m A Celebrity fave added.

Nick hasn’t divulged wha exactly led to the emergency surgery, but it seems he was in good spirits nonetheless.

His fans certainly appeared to be fans of his new nautical look, paying their compliments by commenting on his snaps.

“Hope it’s better soon. Does nothing to spoil your rugged good looks !!!!! ❤️Xx,” one fan commented.

“Even sexier with the patch,” one fan commented. Another said “Sexy regardless😍”.

Nick appeared with both eyes in working condition at the National Television Awards earlier this week.

He picked up The Bruce Forsyth Entertainment Award along with his jungle campmates on behalf of the ITV show.

What do you think of Nick’s new look? Leave us a comment on our Facebook page @EntertainmentDailyFix and let us know what you think of this story.