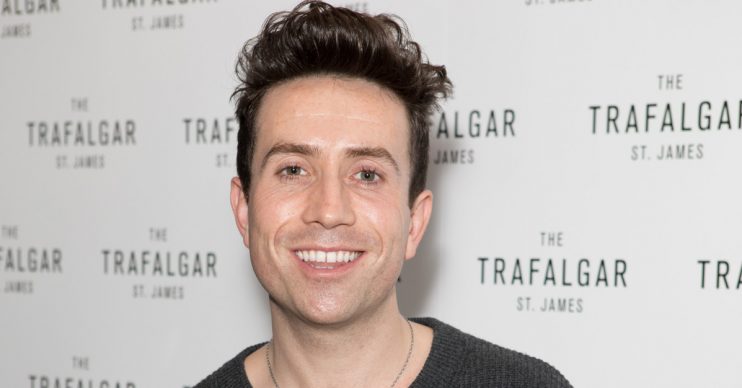 Fans are gutted to see him leave

Nick Grimshaw has hosted his final BBC Radio 1’s Breakfast Show after announcing his departure in May after six years.

The DJ, who will now be hosting the drivetime slot on Radio 1, told listeners on Thursday that he’s had “the time of my life” hosting the early morning show.

He said: “I’ve had the time of my life doing the Radio 1 Breakfast Show and I’m proud to have been part of such an iconic show.

“Thanks to everyone that has listened and I can’t wait to set my alarm a little later and be back with you all at 4pm from September 3.”

When asked how he feels about it being his last day on the show, Nick said: “I don’t really know how I’m feeling because I’ve wanted to do this show since I was 11.”

The show then played a montage of Nick’s best bits over the last six years.

Signing off the show, Nick said: “Thank you everybody who has worked on the show. It’s so fun coming here and it’s been even better than what I thought.

“Thank you to everyone who’s listened and contributed bits of their lives by phoning in.”

He added: “I’ve had the time of my life. Have an amazing summer, I’m going to lie down for three weeks and then I’m going to take over afternoons.”

Despite being emotional about leaving, Nick took to Instagram on Wednesday night to share a photo of his alarms set to 4:50am, 5:am and 5:10am.

Nick expressed his excitement about no longer having to wake up early.

He captioned the post: “Can you delete the alarm app?”

Fans have taken to Twitter to express their sadness over Nick leaving.

One person said: “End of an era @grimmers #radio1,” while another wrote: “You get me through each weekday morning… what am I going to do without you!!!”

@grimmers You get me through each weekday morning… what am I going to do without you!!! ☹️🎶 #radio1 #grimmers

Sad and Fumes at the same time that i wont be getting @grimmers in the mornings anymore 😩 ….. @gregjames has alot to live up too! #Radio1

Meanwhile, Ben Cooper, controller of Radio 1, said of Nick: “I’d like to thank Grimmy for doing what I asked him to do which was take us from a traditional radio station to a multimedia youth brand, now with 10 million weekly listeners, 16 million weekly YouTube views and 10 million social followers.

“I’d also like to thank him for getting up early for the country, enjoy your lie in.”

In May, Nick announced he would be leaving the show after six years of hosting the prime 6:30 am to 10 am slot.

The 33-year-old confirmed he’ll stay with Radio 1 but will be swapping shows with fellow DJ Greg James, who comes in as the new Breakfast Show host.

Nick explained on Instagram: “It was always my dream to do the Breakfast Show and I’m very grateful that I got to live my dream everyday for what will be 6 years.

“But 6 years is a long time and this isn’t a forever job. I had the time of my life.”

“I’ve decided it’s time for a change and a new show,” he added.

“I love Radio 1 and can’t wait to get on with the new time slot and the removal of all alarms from my house.”

Will you miss Nick on Radio 1’s Breakfast Show? Leave us a comment on our Facebook page @EntertainmentDailyFix and let us know what you think!