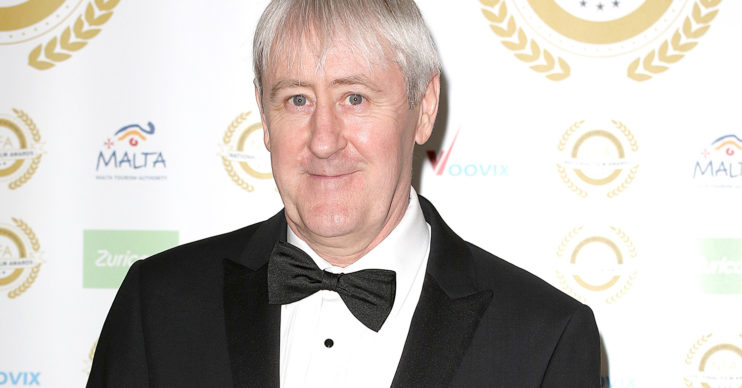 Tributes have poured in on social media for the CBBC star

Nicholas Lyndhurst and his wife Lucy left ‘grief-stricken’ after losing their son Archie.

CBBC star Archie Lyndhurst died at the age of 19 at his family home last week.

In a short statement, Only Fools and Horses star Nicholas shared his devastation over his loss and urged fans to respect their privacy during such a difficult time.

“Lucy and I are utterly grief-stricken and respectfully request privacy,” he said.

How did Archie Lyndhurst die?

Officials are currently treating Archie’s death as non-suspicious. An inquest is due to take place next week.

A Metropolitan Police spokesman said: “Police were called at approximately 9.41am on Tuesday, September 22 to a report of a concern for welfare.

“Officers and London Ambulance Service attended. At the scene a man was found unresponsive. He was declared dead at the scene.

“His next of kin are aware. His the death is treated as unexplained but not suspicious. A post-mortem will take place in due course.”

Who has paid tribute to Nicholas Lyndhurst son Archie?

Tributes have poured in from across social media.

The team behind CBBC series So Awkward shared their heartbreak in a statement.

“He will be hugely missed by everyone who worked with him,” they said. “And by all the fans who laughed along with Ollie in the show.”

Does Nicholas Lyndhurst have other children?

Archie was Nicholas and Lucy’s only child together.

Lucy described her son as a “sweetheart” when he turned 18.

Writing on Facebook, she said: “Not sure where 18 years went. Enjoy everything and every second with your children because blink and you miss it.

“We are so lucky to have Archie. Our time with him has been a wonderful journey so far.”

What has Nicholas Lyndhurst said about his son Archie?

Nicholas Lyndhurst described how parenthood had changed him in an interview in August 2015.

He said: “I became a different person overnight when I had my son – terrified.

“You could call me a helicopter parent, but now Archie’s 14, I’m learning to back off. The biggest casualty was probably my career. I mean that in a wonderful way.”

Discussing his son’s career, Nicholas said: “I wish I’d been as good as him at his age.”