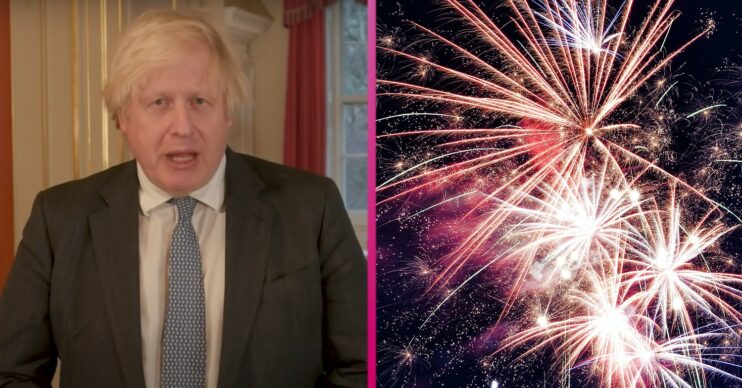 New Year party plans are at risk if the government imposes restrictions on the UK after Christmas.

But Boris Johnson did not rule further measures after December 25. And a fortnight-long circuit-breaker lockdown could be imposed within days, according to reports.

What did Boris Johnson say about New Year restrictions in the UK?

With Omicron spreading, Mr Johnson said the government would continue to closely monitor the data.

He said ministers would “not hesitate to act” after Christmas if needed.

I would urge everyone to exercise caution.

The PM also said the government would “do whatever it takes” to protect public health in a video clip.

He suggested there is ongoing uncertainty over Omicron’s severity.

Read more: Millions of workers will be affected by the new sick note rules due to Covid – here’s how and why

However, the under-fire politician also indicated people can go ahead with their Christmas plans.

He also suggested exercising caution as he appealed for everyone to get a booster jab.

Mr Johnson said: “The situation remains finely balanced and I would urge everyone to exercise caution, to keep protecting yourselves and your loved ones, especially the vulnerable.”

He added: “Remember to keep following the guidance. Wear a mask indoors when required to do so, keep fresh air circulating, and take a test before you visit elderly or vulnerable relatives.”

What could New Year restrictions in the UK look like?

Yesterday saw 90,629 COVID cases and 172 deaths recorded across the UK.

Reports claim plans are drawn up for a two-week circuit breaker after December 25.

The measures could include a ban on indoor mixing, with only outdoors service for pubs and restaurants.

That would seem to put paid to hopes for large New Year’s parties in England.