Big Brother winner Josie Gibson has bid farewell to her 'back fat' after embarking on a fitness quest following the birth of her first son last year.

Josie, 34, has been praised for her dedication to sensible amounts of exercise and healthy eating by fans - and she’s pretty pleased with how she’s dropped a few pounds herself.

The Bristolian reality TV personality - who has previously admitted to 'weight cycling' - has been on a nine week mission to shape up revealed how she is shifting the excess both healthily and stage by stage.

Posting before and after shots of herself from behind in gym gear on Instagram - which mirrored images of her facing forward that were uploaded a couple of weeks ago - the new mum said she was delighted with the changes she has achieved. 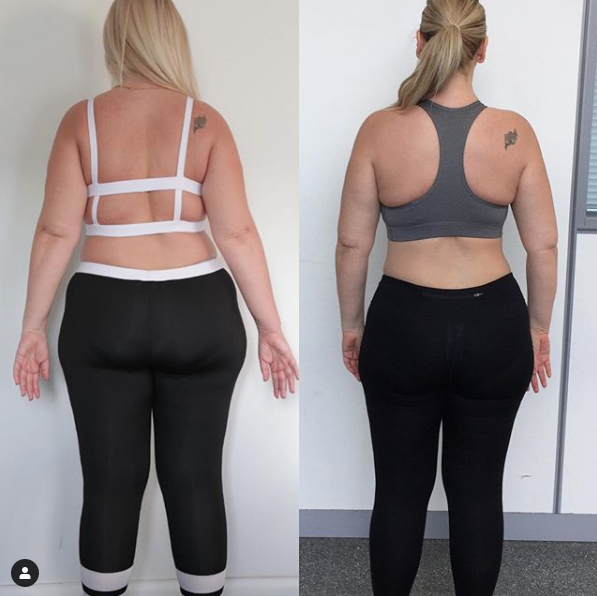 Josie shows the results of her hard work to her 100,000+ followers (Credit: Instagram @josiegibson85)

Read more: Kerry Katona forced to sell beloved pet for tampons when she was a teenager

"I’m so nearly there, I have my waist back and it feels amazing," she said in the pic’s caption.

Going on to promote a meal delivery service, Josie noted she had gone from a size 18 to a size 14 in nine weeks.

But the honest star did admit she had taken a break from her fitness mission at Christmas and during her birthday in late January. 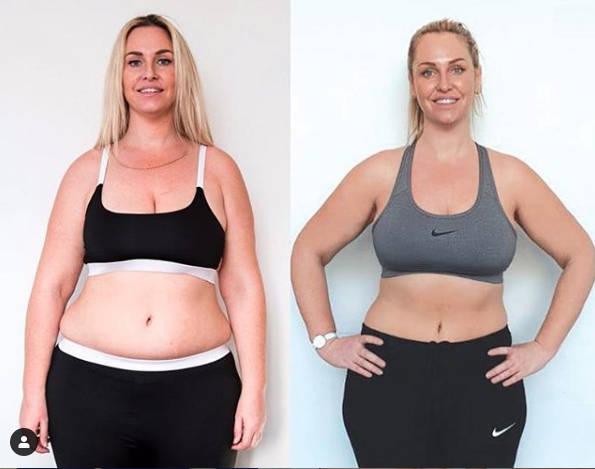 This snap is from the end of January (Credit: Instagram @josiegibson85)

Read more: Corrie's Paula Lane revealed why she had to leave the soap

Qualified personal trainer Josie also laid out her future plans for further weight loss - but emphasised she would not be pushing herself too hard over it.

"I haven’t put a lot of pressure on myself and I have not exercised like I used to but it is coming off."

Fans were impressed with her efforts, hailing her as an 'inspiration'. 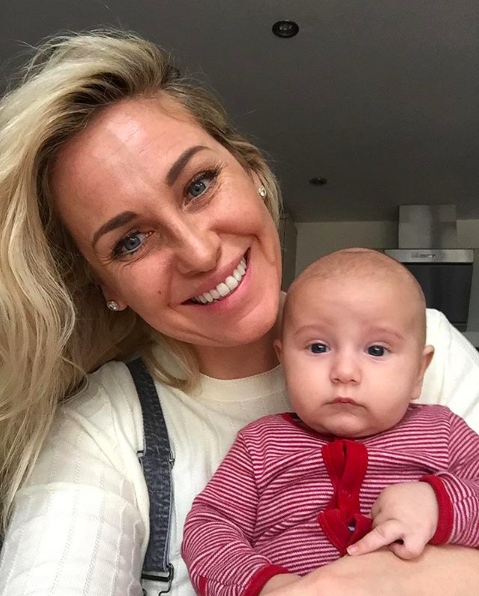 "You look amazing," commented one fan.

"Well done hunni, you should be proud of yourself," added another supporter.

A third chipped in: "You are a credit to yourself and your son."

And a fourth commenter concluded: "I’ve just been inspired."

Josie vowed to "smash being a single mummy" last month after it was revealed she had split from partner Terry, the father of her  five-month-old son Reggie.

When she met the 48-year-old it seemed he may have been the man for Josie.

She said last year: "We're the perfect match. He was actually my next-door neighbour years ago, so we've known each other for years, which is lovely."

They had even talked about getting wed, with Josie telling Closer magazine: "The other week, he said to me, 'I'd love to marry you' and I was like, 'Let's get married then!' He wants something low-key, but I'd love a massive festival-style wedding."

But following a row over shoes - which she claimed was exacerbated by his OCD problems - Josie declared there would be "no going back" for the couple and moved out just before New Year's Eve. 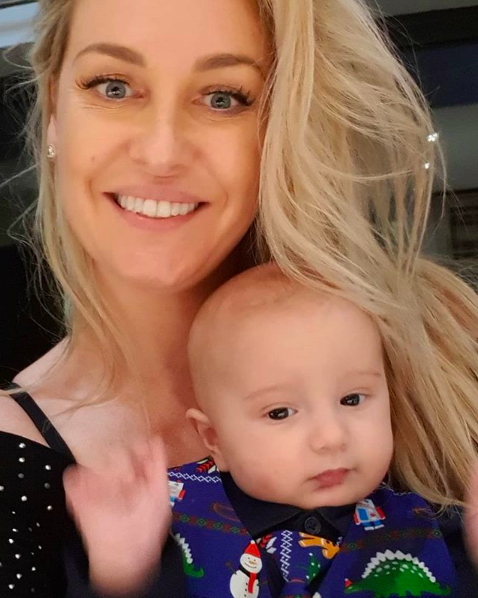 Devoted Josie has pledged to "smash being a single mummy" (Credit: josiegibson85 Instagram)