A long-awaited sequel to Halloween film favourite Hocus Pocus could finally become reality following reports a new instalment is set to be made.

According to US entertainment website Collider, Disney+ hopes to convince the stars of the original 1993 movie to get on board for the project.

Bette Midler, Kathy Najimy and Sarah Jessica Parker starred as three witches accidentally brought back to life after 300 years in the riotous family comedy which has become a treasured classic for many kids of the 1980s and 1990s.

And while it is believed the three leads have not yet signed up to appear in the new production, fans on social media are very keen for producers to make every effort to ensure they are involved. 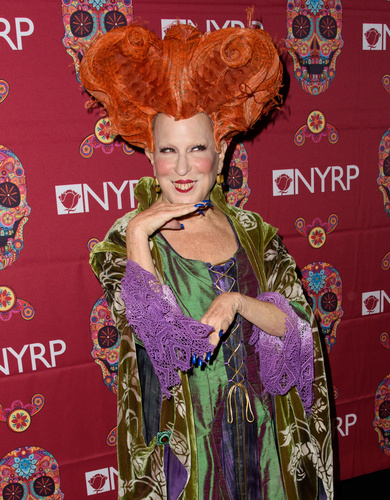 "It may have taken over 25 years, but it looks like a sequel to Hocus Pocus is finally happening. Now they just have to get the original Sanderson sisters back!" tweeted one enthusiastic fan about how central the stars were to the film's success.

"IT 👏 BETTER 👏 BE 👏 WITH 👏 ORIGINAL 👏 CAST 👏 #hocuspocus," remarked someone who is a little bit more insistent about the casting.

If it doesn't have the original witches I ain't watching it.

Another person commented: "Looks like the world's greatest film, Hocus Pocus, could be getting a sequel. If it doesn't have the original witches I ain't watching it 👀."

And another contributed: "If it doesn’t have @BetteMidler @kathynajimy and @SJP in it I’m not convinced."

One other commenter demanded: "If you DON’T get ALL of the Original Cast back for the Hocus Pocus Sequel then I give up 🤷🏼‍♀️ They all want to do it & it’s a Classic because of them 🎃 Please don’t ruin our childhoods."

It is also not clear whether director Kenny Ortega (also responsible for High School Musical) will be part of the update, either.

Indeed, while Collider claims writer and producer Jen D’Angelo has been approached to pen the script, it has not been confirmed whether plans are for a sequel or a reboot of the original flick.

That moment when you find out a Hocus Pocus sequel is in the works and that they are hoping to get the original cast back! pic.twitter.com/kG0WsklExy

Back in 2017, reports suggested Disney Channel was trying to develop a Hocus Pocus TV movie - but that did not materialise.

Commenting on the 25th anniversary of Hocus Pocus’ cinema release last year, star Sarah reflected to Entertainment Weekly: "I don’t think any of us who were making it at the time thought Hocus Pocus would have such a long life.

"People tell me all the time they grew up watching it, and that they still watch it. I think it’s wonderful."

Monday may suck, but Hocus Pocus will make it better! Watch it tonight on freeform! 🎃#hocuspocus