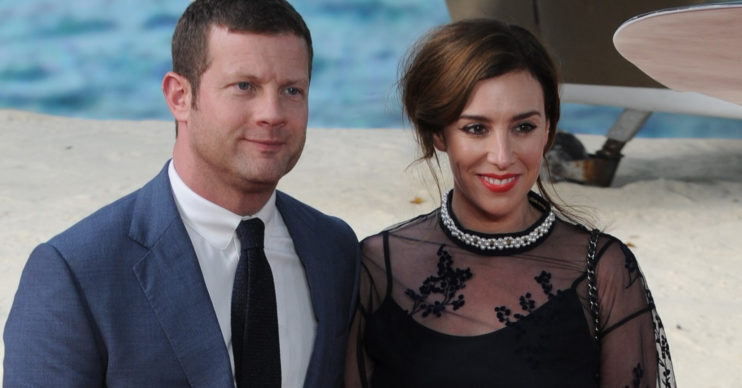 The presenter welcomed his first child last month with his wife Dee Koppang.

Speaking with James Bay on his BBC Radio 2 show on Saturday (July 11), Dermot opened up about life as a new father.

The star said: “Yeah he’s brilliant, we are having a great time.

“Every now and again you hear noises and you go, what’s that noise?

Earlier this month, Dermot announced his son’s name during his radio show.

He also revealed the special song Kasper was born to.

Dermot said: “My lovely son came into the world 10 days ago accompanied by Guy Garvey’s Elbow.

Yeah he’s brilliant, we are having a great time.

“So forgive this moment of brief self-indulge while we play the song that accompanied that.

“So this is for you Kasper with a K – my wife is very insistent on that! Kasper Koppang O’Leary welcome to the world.”

Welcome to the world baby Koppang O’Leary… We’re delighted to announce that we’ve had a baby! A little boy born on Tuesday 23rd June 2020 (Sankthansaften / Midsummer for you Norwegians) at 8.19am, weighing in at 6lb 13oz. Enjoying the cuddles in the newborn bubble… cats yet to be 100% convinced. Lots of love, Dermot & Dee x ❤️ @deekoppangoleary

He captioned a photo of a babygrow: “Welcome to the world baby Koppang O’Leary… We’re delighted to announce that we’ve had a baby!

“Enjoying the cuddles in the newborn bubble… cats yet to be 100% convinced.

The presenter initially announced the news of Dee’s pregnancy in February.

Do you like Dermot and Dee’s name choice for their son? Leave us a comment on our Facebook page @EntertainmentDailyFix and let us know what you think of this story.