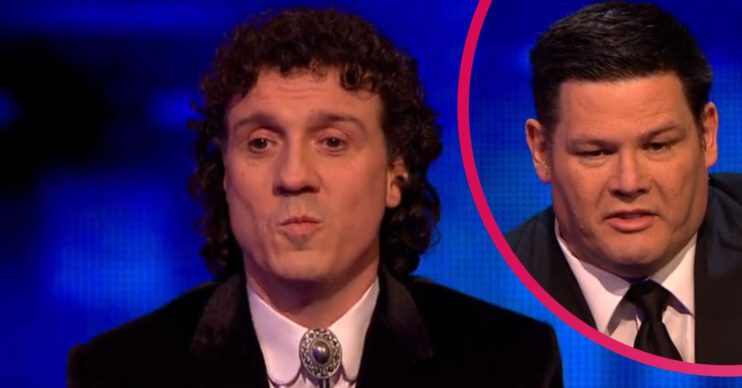 The Menace made his debut on The Chase last month

The Irishman is yet to be defeated, which has impressed fans of the popular quiz show.

However, this week the brainbox had to shut down claims he is even better on the show than his fellow quizzers, as one fan compared him with The Beast.

What did the new chaser say about Mark Labbett?

On Twitter, one viewer said they thought Darragh should teach Mark a thing or two about quizzing, but the The Menace replied and insisted he himself still had a lot to learn.

The fan tweeted: “I’m currently watching the chase and I think that @bones_giles is doing better than most of the other chasers because mark is not on form today I think Darragh need to teach him some of his techniques.”

In his humble reply, Darragh referred to himself as a ‘Padawan’, which is the word for an apprentice Jedi in the Star Wars films.

Hahaha. Absolutely not. I am the young padawan and I learn from Mark and the others every day. I've a LOT of work to do to get up to their standard

He said: “Hahaha. Absolutely not. I am the young Padawan and I learn from Mark and the others every day. I’ve a LOT of work to do to get up to their standard.”

Darragh made his debut on The Chase last month, when he got off to a shaky start and almost lost.

I am the young Padawan and I learn from Mark and the others every day.

However, he pulled it back during the final chase and has since managed to keep a clean sheet.

The new chaser broke records with his debut episode, too, as ITV revealed it saw the biggest audience in the programme’s 11-year history.

ITV said that figure was the biggest of any daytime TV show this year, on any channel, excluding news, coronavirus briefings and sports.

It smashed a previous record set the day before, which experienced an average of 4.8 million viewers.