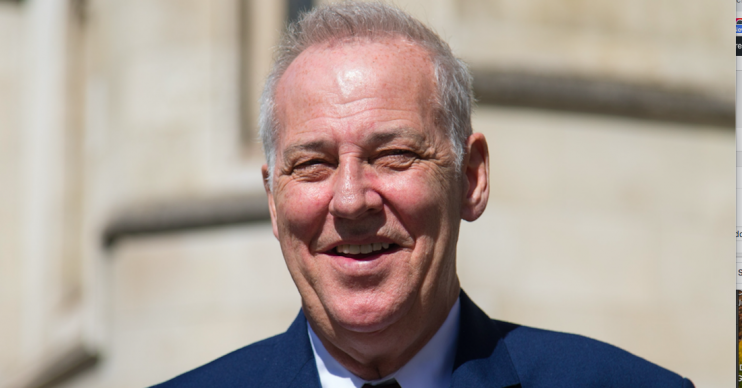 The news comes shortly after Michael quit Dancing on Ice

A new documentary on Channel 4 is set to explore the unsolved death of Stuart Lubbock.

The 31-year-old was discovered dead on March 31, 2001, in Michael’s outdoors swimming pool.

The inquest into his death heard that Stuart was found to have cocaine, amphetamines and alcohol in his system.

He was also reported by a coroner as suffering substantial sexual injuries.

The scandal savaged Michael’s career and, despite him earning second place in 2006’s Celebrity Big Brother, he has remained pretty much a recluse and shunned the spotlight ever since.

He was due to be back on TV screens in January on ITV’s Dancing On Ice, but was forced to withdraw following injury.

A Channel 4 spokesperson confirmed to The Sun: “This landmark documentary explores the full story behind one of Britain’s most high-profile unexplained deaths, as told by the people closest to it.

The 31-year-old, was discovered dead on March 31, 2001, next to Michael’s outdoors swimming pool.

“With access to never-before-seen material from inside one of Essex Police’s most controversial unsolved cases, the documentary-makers have forensically pieced together the perspectives of the Lubbock family, detectives, forensic pathologists and eyewitnesses, to tell the story about what happened.”

On March, 2001, police were called to Michael’s sprawling bungalow home in Harlow, Essex, where Stuart was found deceased.

In 2002 a coroner delivered an open verdict that Stuart had died from drowning after returning to Michael’s house with several other men after a night out.

At the time of Stuart’s death, Michael was one of the nation’s most beloved entertainers on television.

He enjoyed huge success presenting Strike It Lucky, Strike It Rich, Kids Say the Funniest Things and My Kind of People.

He was married to dancer Cheryl Barrymore from 1976 to 1997; they had no children together.

The Channel 4 documentary was expected to air to coincide with Dancing On Ice, but the transmission date is now unknown.

Will you be tuning into the documentary? Share your thoughts with us on our Facebook page @EntertainmentDailyFix.