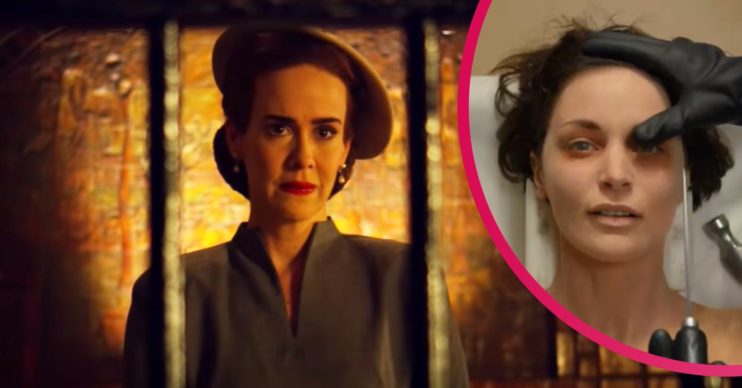 It will be available to watch in September

Netflix viewers were terrified as they watched a trailer for Ratched, the streaming platform’s upcoming prequel to One Flew Over the Cuckoos Nest.

The series, starring Sarah Paulson as the eponymous nurse, is due to hit the UK version of the telly service in September.

What are Netflix viewers saying about the Ratched trailer?

And a new trailer released this week (Tuesday, August 4), seemed to have viewers horrified and excited in equal measure.

Reacting to the clip on Twitter, one viewer said: “This is terrifying but also I can’t stop laughing, oh my god.”

Another tweeted, in all caps: “NOT THE HAMMER OH MY [bleeping] AHHHHH.”

We can help with that. pic.twitter.com/mwSXNmbB61

Someone else said: “I’m screaming! Nurse Ratched is really coming!”

A fifth admitted: “I don’t know why I’m tweeting like I’m not scared.”

Others were simply excited to see more of the iconic villain, whom Louise Fletcher played in the 1975 film.

“I am so so excited for this,” said one Netflix fan. “Not only do I adore Sarah Paulson, but this already looks insanely incredible. I was holding my breath through the whole trailer because I’m already so stunned by it.”

You won’t feel a thing. pic.twitter.com/Z1FigsGIXE

Ratched will serve as an origin story for the murderous nurse by following her progression through the mental health-care system.

The series will tell its story across eight parts. Other stars include Alfred Rubin Thompson, Sharon Stone, Judy Davis and Cynthia Nixon.

Read more: Netflix: Jimmy Savile documentary in the works for 2021

It will be one of a number of films and TV shows added to the platform that have caused a stir this year.

Horror film Our House landed on the platform in June and disturbed a whole new raft of viewers, following its original release in 2018.

Are you planning to watch Ratched? Leave us a comment on our Facebook page @EntertainmentDailyFix and let us know.